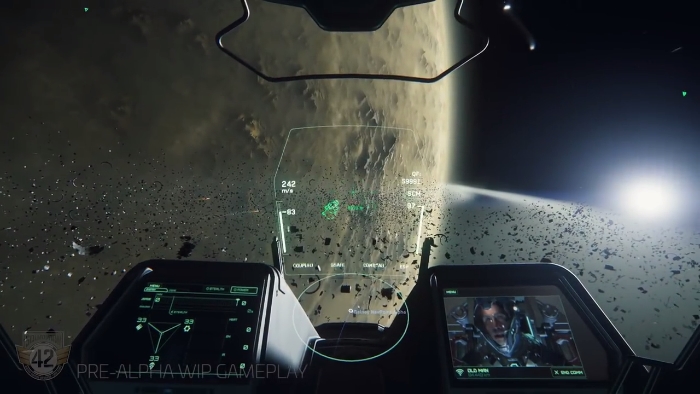 The developers behind Squadron 42, the stand-alone single-player component of space exploration game Star Citizen, released an hour-long video showing off gameplay of the title.

The “vertical slice” below contains a mix of first-person dogfighting in space and some on-foot action, such as shooting weapons and stealthily taking down enemy guards. Star Citizen director Chris Roberts, Technical Director of Content Sean Tracy, and Lead Writer Dave Haddock have recorded commentary for the demo in a separate YouTube video.

The demo also features Star Wars’ Mark Hamill, who appeared in Chris Robert’s previous games, Wing Commander III: Heart of the Tiger and Wing Commander IV: The Price of Freedom. Game of Thrones’ Liam Cunningham appears in the demo as well, while Gillian Anderson and Gary Oldman have been confirmed for the project.

No release date has been announced for Squadron 42, after developer Roberts Space Industries said in October 2016 that the game would not release that year. Recently, Star Citizen’s multiplayer alpha build updated to 3.0, which features three new planet-sized moons to explore, 20 missions, and other improvements.