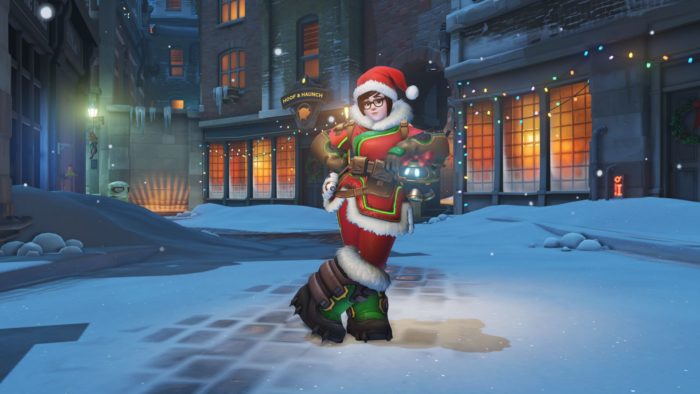 Overwatch players are getting a special holiday gift in addition to the festive Winter Wonderland event that’s going on now. If you log in on any platform, be it PC, Xbox One, or PlayStation 4 at any time from now until Jan. 1, you’ll get a gift of five free loot boxes. That’s an awesome bonus, considering there are a whole new set of items and goodies this year for the Winter Wonderland event.

Normally, you’d have to pay $4.99 for five loot boxes, gain five levels, or win Mei’s new Winter Wonderland event three times in a day for five days to get those boxes that quickly, so this is a pretty nice gesture from the Overwatch team. You could get Ana’s awesome new owl skin, nothing for Zenyatta since he doesn’t get a cool holiday skin this year, or maybe even something from last year’s holiday event. You’d better hope you get Orisa’s awesome puppy emote, because it’s legitimately the best.

(Unwrap yours before January 1.) pic.twitter.com/Au68KWlkcF

Make sure you nab your boxes before the offer has expired, because you’ll certainly regret it if not!