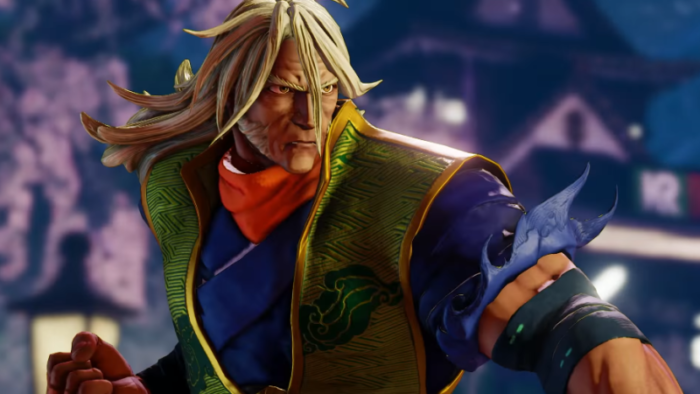 This weekend, Capcom had this bit of news to reveal at the South East Asia Major Tournament of 2017, keeping their word that they would have something for fans of the Street Fighter Franchise. Zeku will be the next DLC character that gamers can purchase in Street Fighter V. He will be available for download starting on Oct. 24.

Not familiar with Zeku, the “ever-changing ninja”? Here’s what you need to know.

First seen in Street Fighter Alpha 2, Zeku was Guy’s former teacher, who taught him to master Bushinryu, a style of ninjutsu. Eventually, Guy was able to obtain the title of 39th Master of Bushinryu. Zeku then disappeared and was never seen again…until now! Zeku has reappeared looking to start his own ninja group and find a new fighting style.

Now Zeku is back with a few abilities and a couple of different looks as well. He swaps between a younger appearance (that resembles Strider Hiryu) and his older self. It also appears that he may switch his stance mid-fight between these two versions of himself.

Along with accessing the character when players purchase him, each version of Zeku will come with some costumes as well.

Zeku will be $6 separately and also included in the $30 season pass.

Street Fighter V is available for PlayStation 4 and PC.