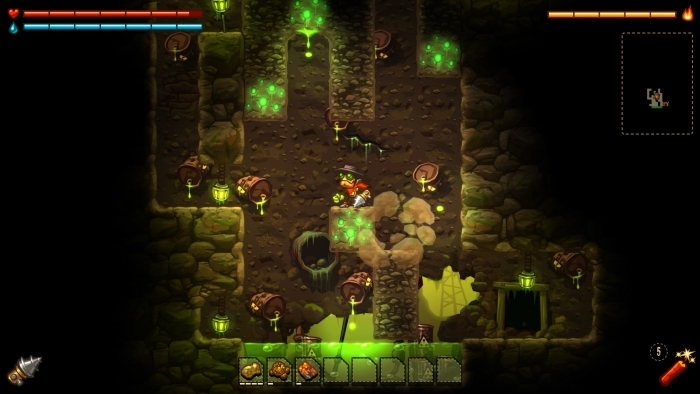 SteamWorld Dig, the 2013 platform mining adventure game, is now free for a limited time through Electronic Arts’ On the House promotion. The free offer is only available through EA’s Origin client on PC.

Simply sign into an Origin account, and click the “Add to Game Library” button on the game’s store page to keep it forever. EA has been offering free games through the On the House promotion since March 2014. The free title changes every couple of months and has included games such as Mass Effect 2, Battlefield 3, Dead Space, Peggle, Dungeon Keeper, and other EA titles.

SteamWorld Dig is a 2D platformer taking place in a small Western mining town. Players have to dig their way underground to avoid traps, battle enemies, and collect resources to earn new abilities and upgrades.

A direct sequel, SteamWorld Dig 2, is coming to Nintendo Switch on Sept. 21, while launching Sept. 26 for PlayStation 4 and PlayStation Vita. The official release date for the Steam version has not been revealed yet, but developer Image & Form has said it would arrive a few days later alongside the PS4 version.