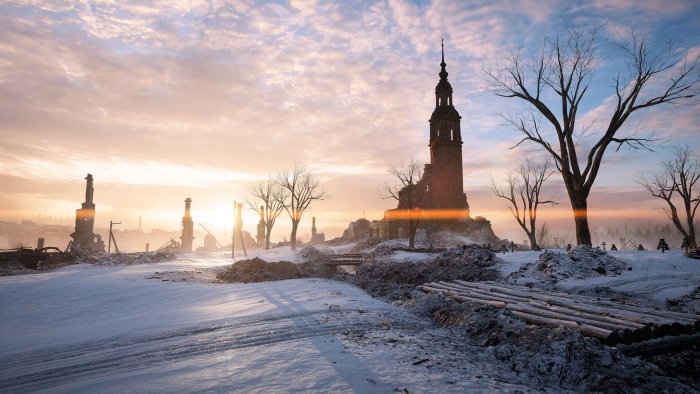 The second expansion for Battlefield 1, In the Name of the Tsar, is out now for Premium Pass owners on Xbox One, PlayStation 4, and Origin for PC. The expansion can be bought separately for $15 starting Sept. 19.

In the Name of the Tsar adds six maps that take place in or around Russia. One map, Lupkow Pass, was unlocked early last month while the other five maps — Albion, Brusilov Keep, Galicia, Tsaritsyn, Volga River — arrive today. The expansion also adds 13 new weapons and five vehicles across land, sea, and air.

The new game mode, Supply Drop, tasks two teams with defending airdrops to recover supplies. The team with the most supplies recovered by the end of the match wins.

The expansion comes alongside a required update for all Battlefield 1 players, featuring new systems for customizing characters and completing challenges. The update also provides support for HDR and viewing In the Name of the Tsar matches in Spectator mode for non-premium players. Check out the full patch notes, via the official Battlefield 1 website, below.

Prepare for battle like never before with the Specialization system. New customization options will allow you to enhance your effectiveness on the battlefield and tweak your soldier to explore new ways to play. All players will start with a set of basic Specializations and many more can be unlocked by completing Service Assignments.

Service Assignments are a new set of challenges that will test your mettle as a soldier. Show that you’ve got what it takes with the “Getting Started” assignments before moving on to the more difficult “Staying Focused” challenges. Will you pick one kit and master it, or complete them all and become a jack of all trades?