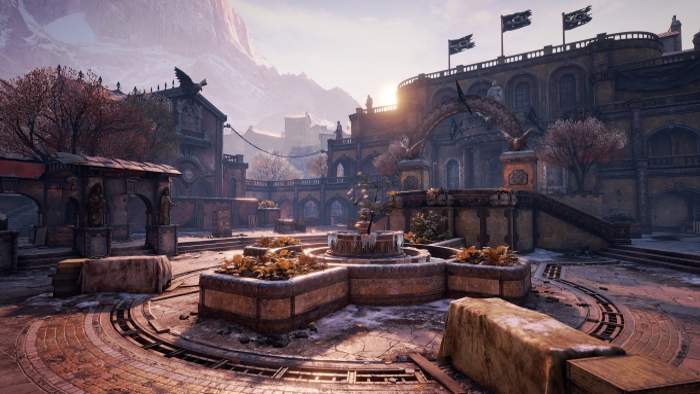 Gears of War 4 developer The Coalition detailed the latest monthly update to the game for Xbox One and Windows 10 PC, which adds new maps, more achievements, and matchmaking improvements.

The two maps for September’s update are Mercy, returning from Gears of War 3, and Harbor Haze, a variant of original launch map Harbor. Harbor Haze features visibility-reducing mist that can roll in anytime during a multiplayer match. Both maps are available for season pass holders in the Developer Playlist with double XP and 20% more credits, while everyone else can play the maps in public matchmaking beginning Sept. 12.

The studio said it will be switching the game’s Region Locked matchmaking, pairing players based on region choice, to a new “Quality of Service” matchmaking system based on similar connection quality. Skill Based Matchmaking has also been improved for the upcoming Ranked Season 2, coming in mid-September.

Additionally, 20 more achievements will be added for a total of 500 Gamerscore points. The new achievements will focus on the “first moments with the game,” and unlocks retroactively for current players who have met the criteria. The 10-hour Game Trial for Gears of War 4 is also returning on Sept. 14 for those who have not yet tried the game.