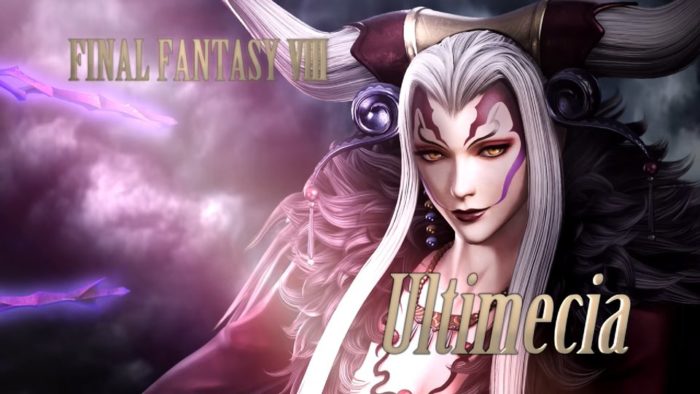 Dissidia Final Fantasy Arcade has just added Ultimecia as the latest fighter in the game. This witch hails from Final Fantasy VIII and manipulates time itself to fight her foes. Ultimecia retains most of her moves from the previous Dissidia games as she can bombard her foes various magical daggers, axes, and lances.

She’s also gotten a few new spells under her arsenal to keep her updated like the rest of the cast. With that being said, Ultimecia seems to fall under the Marksman class who keeps her enemies away with various projectiles. The character will be included in the Dissidia Final Fantasy Arcade September update, although it’s still unsure if she’ll already be included in the console version. You can watch Ultimecia’s gameplay trailer below:

While Square Enix continues to update the arcade version, they’ll be launching Dissidia Final Fantasy NT early next year for the PS4. The closed beta for the game ends today and provided players with the chance to try out characters like Warrior of Light, Cloud Strife, Lightning, and Y’shtola.