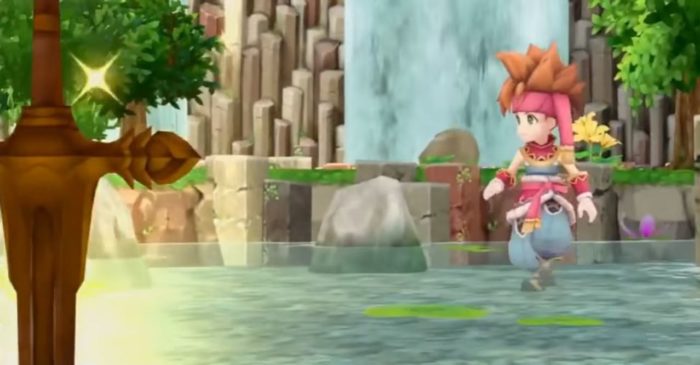 Square Enix released the first gameplay footage of its upcoming Secret of Mana remake, and the fan reaction has not been stellar. The original Secret of Mana is more than 24 years old and features beloved SNES graphics with brightly colored sprites, but fans are (naturally) seeing something very different in the more than nine minutes of footage from the remake.

Gamers already knew they were getting a 3D polygonal take on the classic action-RPG, but a sampling of the admittedly limited YouTube comments to date indicates the original’s biggest fans are not impressed with the direction. Some of the top commenters have called the graphics “janky” and “mobile-level” and questioned if this is really the best Square Enix could really do with the power of the PlayStation 4 and modern PCs. Of course, the game also needs to run on the considerably less powerful PlayStation Vita.

While a few fans have posted positive responses, and the video does have more thumbs up than downs at this point (by a measure of 32), many fans are unhappy with the framerate on display. Others, meanwhile, are questioning whether or not the addition of voice acting, a standard feature for a 2017 RPG, was necessary.

In any case, Square Enix has plenty of time yet to work through any issues — perceived or real — before Secret of Mana’s February 15, 2018 release on PlayStation 4, PlayStation Vita, and PC. The early response, however, is not great.