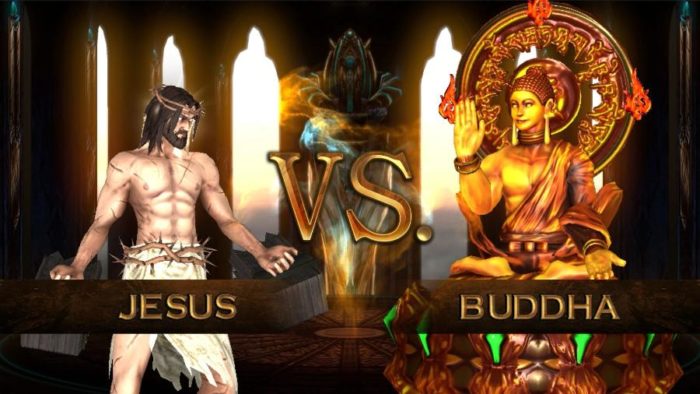 The indie brawler Fight of Gods is just about as absurd as it gets, and the Malaysian government isn’t interested in allowing its citizens to continue accessing the game. The budget-priced game has pushed the Malaysian Communications and Multimedia Commission cepartment to ban the game country-wide, denying anyone who lives in Malaysia the ability to purchase the game.

Fight of Gods features gods from various religions and lore to put up their dukes against each other, including Moses, Jesus, Anubis, Zeus, Buddha and more. The content is frowned upon by the Malaysian government, who has apparently blocked the usage of Steam from PC users as well as from their phones.

The silly fighter isn’t quite mechanically sound, and it’s quite a spectacle to watch with how broken and bizarre it actually is, but reports via Lowyat state that the Malaysian government apparently contacted Steam and asked that the game be blocked for Malaysian users. Users on NeoGAF corroborate this statement.

Publisher PQube issues the following statement to VG247 on the issue:

“Fight of Gods is a video game that takes a humorous approach to religion in the same way that other entertainment formats have – across television, film, books and theatre.

The game is not promoting any religious agenda and is not designed to offend. The description of the game on the digital platforms through which it is distributed provide clear guidance on the nature of the game and its content so that people can freely choose whether or not to play it. We fully respect the choice of those who would not wish to play it
.
We are disappointed that such freedom of choice is not given to everyone and in particular that the game has been forcibly removed from sale in Malaysia, although no direct communication has been received by us as to the reasons for this. Nevertheless we respect any rules and censorship imposed in any given territory.

We have reached out to Steam and are working with them to resolve the situation as soon as possible.”

If you’re interested in trying out the game, as silly as it may seem, you may want to go ahead and pick it up in the event it disappears in the future for some reason. And check out the trailer below, which you may not believe. It’s real, though.