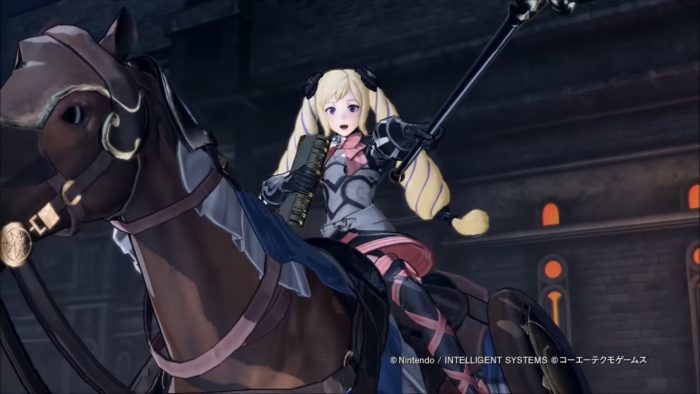 The Fire Emblem Warriors cast continues to expand as we slowly approach its upcoming release. This time, everyone’s favorite little Nohrian sister joins her other siblings in the war-torn battlefield. Koei Tecmo has just dropped a new trailer revealing Elise from Fates as the latest playable character in Fire Emblem Warriors.

From the short clip, it looks like she’s a mounted fighter who seems to be a hybrid Mage Knight and Troubador. Elise’s main weapon seems to be a tomb that she uses to dish out some powerful spells. However, she also has a Troubador staff that can bash enemies with magical flying hearts. While it’s a bit silly killing your enemies with the power of love, it certainly fits in with this Nohrian’s cutesy personality.

The crossover hack-and-slash game also includes other characters from Fates like Female Corrin, Ryouma, Xander, Hinoka, and Camilla. Similarly, heroes like Chrom, Lissa, Lucina, and Marthare also part of the roster. Fire Emblem Warriors is slated to release on Oct. 20 for the 3DS and Nintendo Switch. You can watch Elise’s trailer below: