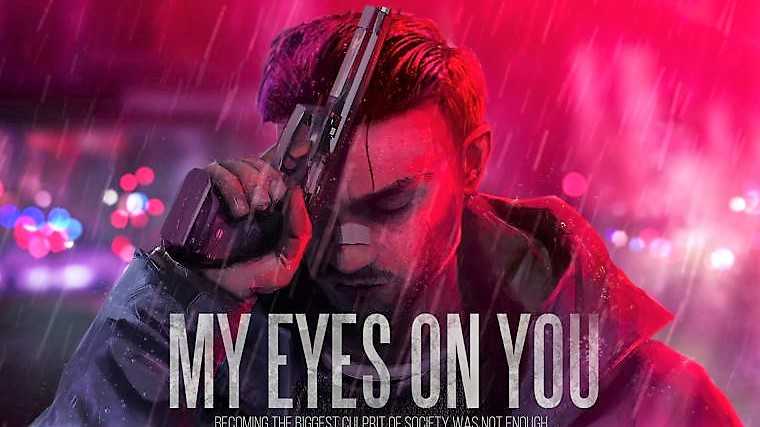 Storymind Entertainment’s My Eyes On You is a stylish neo-noir adventure game that brings to mind movies like Blade Runner if it were combined with the bright colors and violence of movies like Only God Forgives.

It’s a third-person action adventure that was originally revealed back in 2015, but has just gotten an official trailer that shows off the art style and general vibe we can expect to see from the game going forward.

Following retired FBI agent Jordan Adalien as he tracks a masked killer known as Carnival Man, it’s a mindbending adventure where not everything is as it seems, especially Adalien, as he finds himself charged with cooperating with the Carnival Man in terms of killings and with helping him get away from the scene of the crime. Adalien is forced to go through psychiatric treatment as the game progresses, which opens up several bits of information about the story as it unfolds.

Players will also take up the mantle of a second playable character named Danny Gillespie later on in the game as he finds himself wrapped up in the ongoing mystery. It sounds like a straightforward mystery when y

If that sounds like your cup of tea, you’ll want to keep following the news from Storymind Entertainment, as there doesn’t appear to be a projected release date just yet. Hopefully the project won’t go dormant for a couple of years and we’ll see it out on the market in the next year or so.