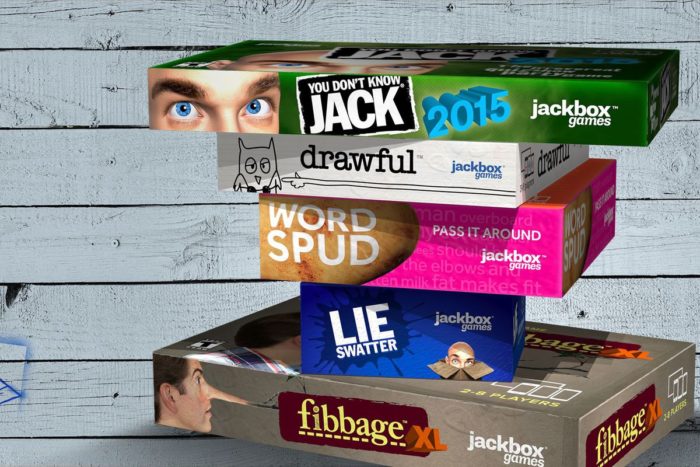 Looking for more great local multiplayer games to enjoy on your Switch or just need something new to play during parties? Jackbox Games’ Jackbox Party Pack 1 and 2 are coming to the Nintendo Switch to join Jackbox Party Pack 3 and the eventual Jackbox Party Pack 4, and if you missed the first two games during their past iterations, there’s plenty to play here.

Jackbox Party Pack 1 includes You Don’t Know Jack, Fibbage XL, Drawful, Word Spud, and Lie Swatter. You Don’t Know Jack is the irreverent trivia game reworked for a new audience and it has a ton of fun questions and trivia to answer, while the other party games are great for hilarity as well. You’ll especially want to check out Fibbage XL and Drawful, both of which are awesome with dragging players who may not often make jokes or smile too much into the fold. It’s true!

Jackbox Party Pack 2 comes with Fibbage 2, Earwax, Bidiots, Quiplash, and Bomb Corp. It’s an equally eclectic mix, if you’re looking for that kind of thing, and the Switch is certainly a great place for it all to land.