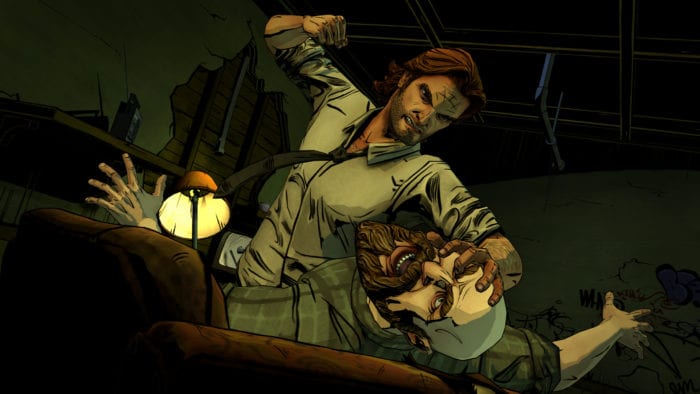 Telltale Games’ excellent The Wolf Among Us is definitely one of the developers’ best when it comes to creative storytelling, but we’ve been left wanting a new season for quite some times. It appears we might be seeing some sort of announcement out of San Diego Comic Con when it launches this week, if a tweet from Telltale Games is any indication.

Telltale Games posted a tweet stating that there’s news coming this week during the con, and it’s a pretty normal post. You wouldn’t expect anything from this particular game to come of it, and there’s nothing secret here. What’s interesting is that Bixby’s voice actor, Adam Harrington, retweeted the tweet not too long after it was posted. Going by Harrington’s Twitter usage, he doesn’t often post personal updates, so this could signal something big by the way of The Wolf Among Us. It’s not concrete at this point or anything, but a little friendly conjecture never hurt anyone.

Sneaky, sneaky. But it could mean a new project is coming which Harrington may star in as some sort of new storyline out of Telltale Games. Nothing’s for sure just yet, though this game would certainly make the most sense.

The Wolf Among Us debuted in 2013, so it’s high time we see a return to the world of Fables, especially since it’s San Diego Comic Con, after all, the perfect place for this kind of content to blossom. Hopefully we’ll know more soon, and we won’t have to wait too long to jump back into the enchanted world of The Wolf Among Us. It’s been far too long, and there are far too many fairy tales to check out.