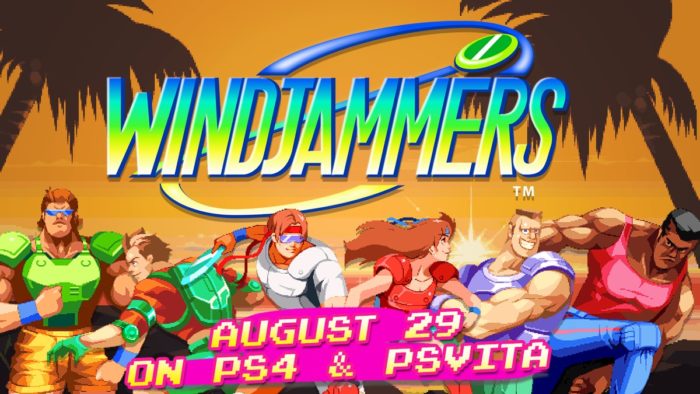 The game originally released in 1994 for the Neo Geo but the new version was revealed at PlayStation Experience late last year. Fans hoped that the release date would be revealed soon after the announcement but we’ve had to wait until today. In the blog post, the developer said, “we wanted to deliver the optimum experience. This meant not rushing things, taking our time, and doing it right.” They confirmed that Windjammers will be coming to PlayStation 4 and PlayStation Vita on August 29. A new character trailer has also been released, you can see it below.

While the game requires just two buttons, “a combination of skill, experience, and strategy is essential for victory.” DotEmu also revealed some of the feedback from last month closed beta and their plans for competitive play. They said that even though the “built-in competitiveness” is clear, they know that esports integration is essential to many players. You can read more on the beta feedback on the PlayStation Blog.