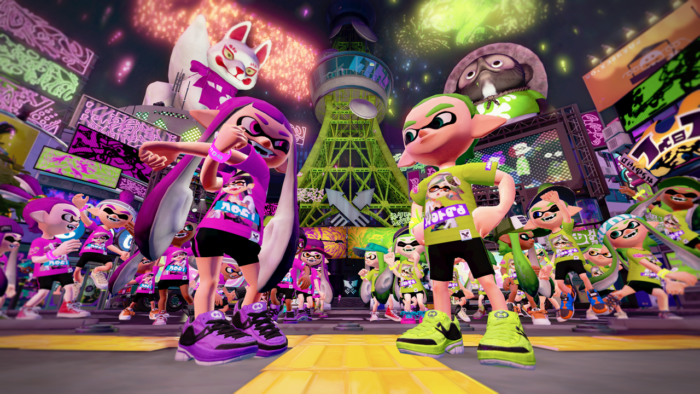 Splatoon 2 is upping the ante when it comes to fashion and Famitsu is celebrating in style. To celebrate the launch of Nintendo’s ink-filled multiplayer shooter, Famitsu will be taking open submissions for fan designed costumes. Whether or not the contest is open Worldwide or not isn’t known, but it can’t hurt to try entering no matter where you’re located.

Famitsu held a similar contest for the launch of the original Splatoon, but this time around there’s at least one new category: Graffiti. The winners of the competition will get a chance to see their designs appear in Splatoon 2 as wearable items, and that’s super cool. Fashion takes a much larger role in the game this time around, and each item of clothing you equip has its own powerups.

Zhiqing Wan reviewed Splatoon 2 for Twinfinite, and she said it’s a great fit for the Nintendo Switch, but that the campaign was a bit lacking. You can see for yourself when the game releases on July 21, 2017.