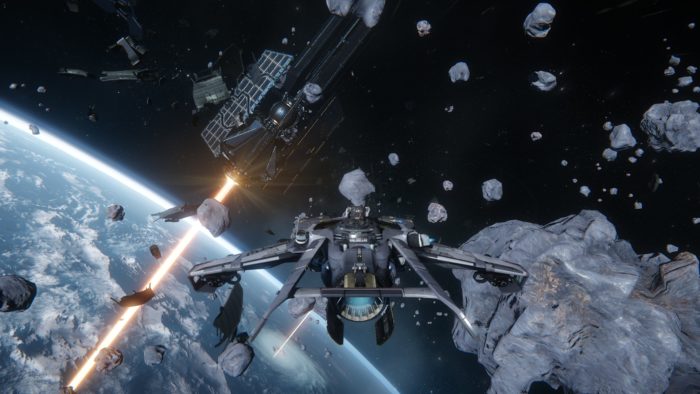 Recently, eagle-eyed members of the Star Citizen fanbase noticed that the company developing the game, Cloud Imperium Games, took out a massive loan from a UK-based banking firm – and the entire company was listed as collateral. This naturally sparked a great deal of concern amongst fans, who were worried that the devs were facing financial worries. Thankfully, though, they’ve come clean on their forums, giving us clarification on the situation. Explaining the situation on their official forums, Cloud Imperium co-founder Ortwin Freyermouth explained that they are in agreement with the banking firm to give them an advance on a tax rebate – something UK-based developers are entitled to.

Getting a loan as an advance on this rebate means that they don’t need to needlessly convert other currencies to Pounds, which would end up causing a loss. “We obviously incur a significant part of our expenditures in GBP while our collections are mostly in USD and EUR.” Freyermouth explained. “Given today’s low interest rates versus the ongoing and uncertain currency fluctuations, this is simply a smart money management move, which we implemented upon recommendation of our financial advisors.”

It’s also important to keep in mind that this only has an effect on the UK-based part of Cloud Imperium, which handles the development of Squadron 42, Star Citizen’s single-player component, and not Star Citizen itself. Freyermouth made it clear that the collateral listed for the loan is only for Squadron 42, and not Star Citizen as a whole. “The collateral granted in connection with this discounting loan is absolutely standard and pertains to our UK operation only, which develops Squadron 42,” he explained.  “As a careful review of the security will show and contrary to some irresponsible and misleading reports, the collateral specifically excludes “Star Citizen.””

So, there you have it – Star Citizen is safe, and there’s nothing to worry about regarding the financial status of Star Citizen – continue your adventures in peace.