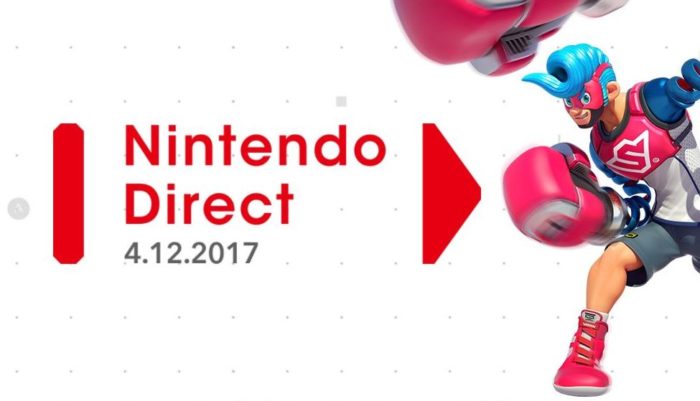 Nintendo will reveal new information on upcoming Switch games Arms and Splatoon 2 through a Nintendo Direct on Wednesday, the company announced on Twitter this morning. And while Splatoon 2 and Arms will be the focus of the stream, Nintendo also teased other Switch and 3DS information as part of the announcement.

Fans can tune into Nintendo’s website or YouTube channel on Wednesday at 6 p.m. EST, 3 p.m. PST for the Nintendo Direct. The timing is precisely two months before the Electronic Entertainment Expo 2017 kicks off on June 13, so it’s likely Nintendo will leave viewers wanting for more information that they won’t get until June.

Scheduled for this summer, Splatoon 2 is the follow-up to the well-received 2015 Wii U shooter, but its PAX East demo felt like glorified DLC. Arms is a wholly original Switch fighting game due out by June and which uses the Joy Con controllers’ motion controls to their full potential in letting players beat each others’ faces in.