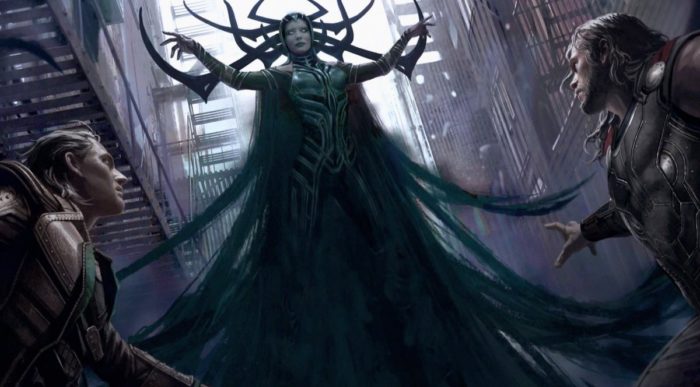 You’d almost think that Thor: Ragnarok wasn’t coming out this year, given how we haven’t gotten a trailer or poster at all yet. But, Marvel’s decided to give it a trailer this morning, and it is absolutely crazy in all the right ways. The third entry in the God of Thunder’s solo films will see Asgard burn as our titular hero goes up against the villainous Hela, played by Cate Blanchett.

Hela, having destroyed his hammer Mjolnir, sends Thor to the planet of Sakaar. He winds up getting his hair cut and forced to fight in the Grandmaster’s arena, where he comes across “a friend from work…” the Hulk. And if that didn’t make matters worse, Loki’s still hanging around and gearing up for an all out battle. But he’ll need the help of both Hulk, Loki, and newcomer Valkyrie (played by Tessa Thompson) to stop Hela from destroying everything as the titular Ragnarok–the end of all Asgardian civilization–is set to begin. You know, #JustThorThings.