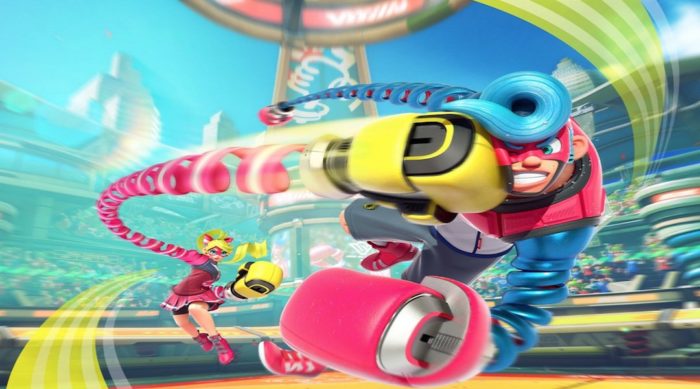 When Nintendo first unveiled video game motion controls back in the prehistoric days of 2005, the company hailed them as revolutionary. Nintendo told us at the time we were getting the next big thing in gaming, and its TV-remote-looking waggle controller sure did seem equal parts bewildering and exciting.

Then we got Wii Sports and Red Steel. The less said about the latter, the better. And while the former was maybe the industry’s most successful curio of all time, it hardly proved the watershed moment for console game controls that, say, Nintendo’s analog stick did back when the Nintendo 64 launched in 1996.

Sony and Microsoft both rushed to replicate Wii Sports’ success with their own takes on motion controls. Some games (Johann Sebastian Joust comes to mind) did some interesting things with them, but most gamers have had their fill of waggle controls and have just about written them off outside of VR applications.

But here at PAX East, Nintendo is making a push to revive motion controls with its Switch console. It’s a questionable strategy that is frustrating at least as often as it is fun. But one game in particular is doing the motion thing very much right.

It’s a shame that Arms didn’t make it out in time for the Nintendo Switch’s launch on March 3, because it seems, after my admittedly limited time with the game, like every bit the system showcase many were hoping it would be. It’s hard to overstate how much fun it is to swing your arms about and watch your characters’ limbs extend to pummel the crap out of your opponent.

Admittedly, Arms’ controls are a bit obtuse at first. The Nintendo rep on hand had to tell me at least three times how to hold the controllers, and I still didn’t get it until he physically made a thumbs up gesture with both hands to display how the Joy Cons are meant to be held in the game. OK, fine, I still didn’t get it even then — he had to twist his wrists before it finally hit home for me. This is hardly an intuitive way for someone who’s been gaming since the mid-80s to hold a game controller.

Once I finally got the hang of it, though, I didn’t want to let go. There is an undeniable sense of visceral satisfaction when you extend your arm in a punching motion, while twisting just enough at just the right moment, to connect a spring-loaded fist with your opponent’s face as he fails to shimmy far enough to the left or right to avoid contact.

And while it seems unlikely that Arms has the sort of depth that hardcore fighting game fans — a group in which I certainly don’t belong — prize, there are a surprising amount of options here, and multitasking is a requirement for success. In addition to just jabbing and hooking away with the Joy Cons’ motion controls like a mad man, I also had to constantly worry about timing. Because you can tilt the controllers to move around the arena, or hit the shoulder buttons to jump and wallop other fighters from a distance, Arms forces you to constantly be on your guard. If you’re not thinking about which way your opponent might move, which way (if any) you should move, and whether you should stop to block or throw a straight or hooked punch, you will get put on your ass in short order.

If this all sounds like standard stuff for a fighting game, that’s because it is. However, the excellent motion controls tempt players to constantly be punching away. It feels too good and works too well for you to not want to button, er, motion mash. But there is more strategy to Arms than belligerently slugging away. When you knock someone down, for instance, they’re temporarily invulnerable. But even once I realized this, I was still guilty of continuing to punch, punch, punch. This may not have been strategically sound, as it left me wide open to counterattacks, but it was too much fun to resist.

This is the type of game that everyone from decades-long game fans to total novices can jump in and immediately have fun with. Here is a game that actually shows off what the Switch’s Joy Cons can do in a way that feels invigorating rather than frustrating and forced, as so many motion-controlled titles before it unfortunately have. I can’t believe I’m about to say this, but I can’t wait for more waggle action when Arms releases.