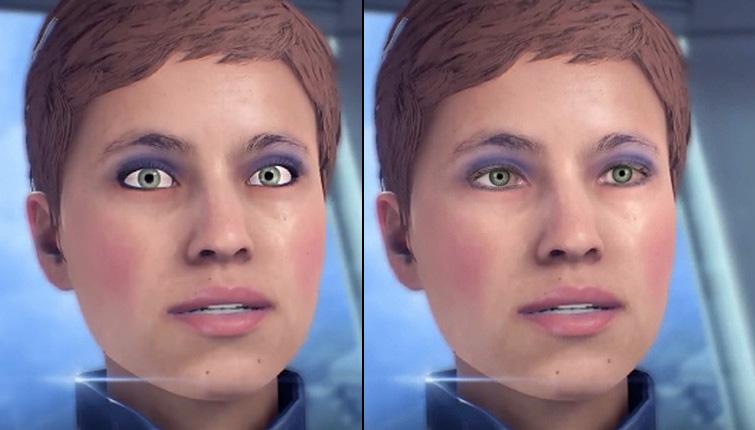 BioWare finally released an update to Mass Effect: Andromeda last week that, among other things, improved characters’ poor facial animations, which the developer has been getting ripped for since well before the game even released on March 21. Everyone playing the game seems to agree that the patch is a major improvement — everyone, that is, except for pirates.

That’s because those players pirating BioWare’s RPG are still stuck with the original, freakish faces. As it was understandably focused on publicizing the various balance and bug fixes in addition to the all-important improved facial animations, BioWare didn’t make a big deal about it when it dropped patch 1.05 on April 6, but the patch locked pirates out of updating their copies.

Despite shipping redundant piracy protections through EA Origins and third-party service Denuvo, Mass Effect: Andromeda was cracked by pirates in less than two weeks. According to DSOG, that’s because Andromeda shipped with an outdated version of Denuvo, but patch 1.05 updates the game to the newest version of the anti-piracy DRM.

DSOG claims this is evidenced by strings of code in the game’s executable file that are present in other games with the latest version of Denuvo but were missing from the pre-1.05 version of Andromeda.

Although many paying games customers may not even be aware of it, a number of high-profile games have shipped with Denuvo protections over the last few years. Denuvo was removed from Doom in 2016 after meeting its goal of “keeping the game safe from piracy during the initial sales window.”

In January, however, Denuvo came up short when Resident Evil 7, which was pirated in just one week despite shipping with the anti-piracy tool. Shortly after that, Conan Exiles was immediately victimized by pirates just days after release when developer Funcom mistakenly released a patch without Denuvo protections.