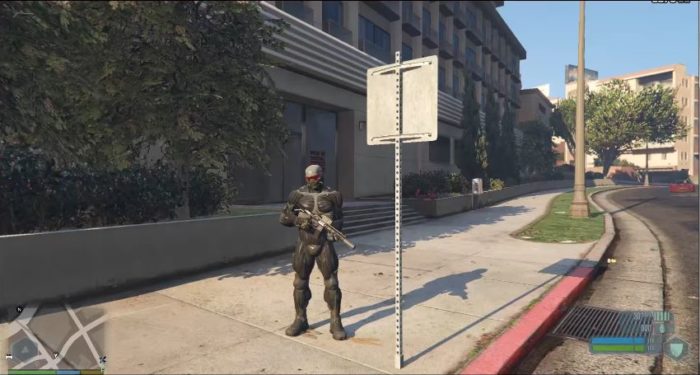 One modder has made traveling around Los Santos a little easier by adding the nanosuit powers from Crysis into GTA V on PC.

Modder JulioNIB is responsible for the GTA V – Crysis script mod, which gives the player character the superhuman strength and speed powers from the Crytek-developed game. The mod also changes the HUD similar to Crysis, and offers a weapon customization menu to change attachments on the fly. You can check out the suit in action below.

The script for the mod and the nanosuit skin can be found here, though both require additional plug-ins to work with GTA V. The nanosuit itself is purely cosmetic and isn’t necessary to use the suit’s powers, but might as well super jump over buildings in style. The mod is for single-player only, as mods or additional scripts installed while playing GTA Online can cause account suspensions and bans.

In recent GTA V modding news, one group is seeking to recreate Red Dead Redemption into the PC version of GTA V with a beta version planned for this summer.