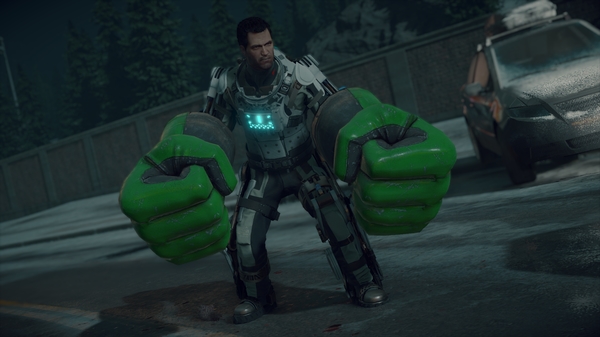 Dead Rising 4 offered a slew of retailer-specific pre-order weapons when it launched last December. The exclusive items will be made available for everyone to purchase separately today, April 4, Capcom Vancouver announced this week.

The CandyCane Crossbow, Sire Ice-A-Lot mask, Slicecycle, Ugly Winter Sweater, and the Hulk-styled X-Fists will be available in the game’s digital store later today for $1.99 each. There is no bundle for the five Christmas-themed items.

Also available today is a new single-player story called Frank Rising, announced last month. The DLC explores what happens to Frank West after he becomes infected from a new outbreak of zombies in Willamette and must save the town before the government wipes it off the map. Frank Rising is part of the game’s season pass, or can be bought separately for $9.99.

Dead Rising 4 is available on Xbox One and PC through the Windows Store or the recent Steam release.