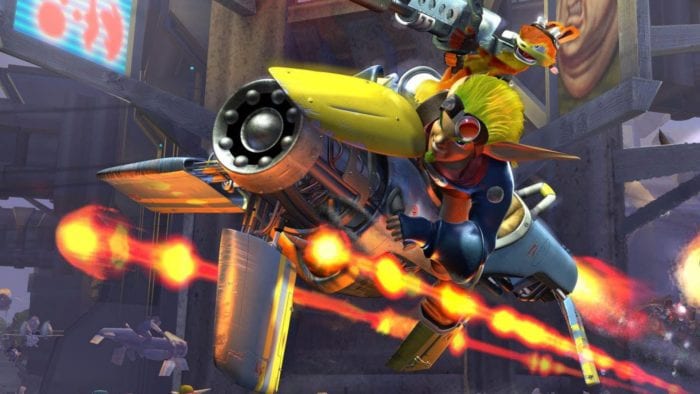 It’s been quite a while since we’ve had a new entry in Naughty Dog’s Jak and Daxter franchise. While the series has mostly come to PS3 via an HD remaster, Sony has announced today that most of the series will be coming to the PS4 as PS2 Classics later in the year. The Classics will cover the first three games in the series, along with the racing title Jak X: Combat Racing.

Each of the PS2 Classics will be available in 1080p resolution and feature Trophy support, Shareplay, Remote Play, and Activity Feeds. A price point for the games weren’t revealed, and it’s not clear if each of the Jak and Daxter games in the original trilogy will be bundled all together for players to buy (like they were in retail versions of the HD PS3 remaster) or separately with their own price points. More information will come out as we get closer to release, and once that happens, we shall let you know just what’s going on.