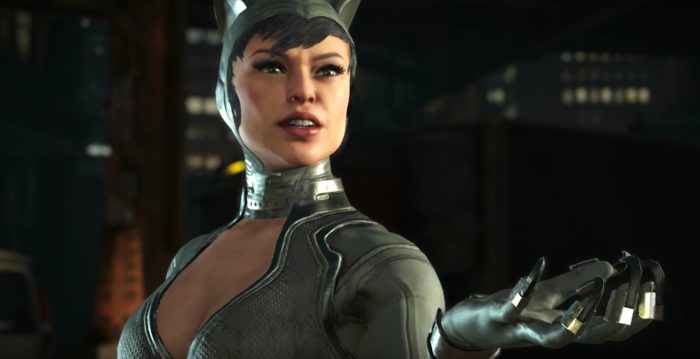 While we already knew a while ago that Catwoman was a part of the cast of Injustice 2, we didn’t know how she would play or what her moveset would be. Thanks to the new trailer from this morning, we now know, and it turns out that she’s just incredibly savage. Sure, claw swipes and fast jabs are a given, ditto the whip. But in the new trailer, she’s on a whole new level that simply has to be seen to be believed.

Look at that. Injustice 2 is literally having Catwoman throw actual cats in enemies’ faces like it’s just a thing that she does all the time. (Can that Gotham City Sirens movie include this? Doesn’t matter how, just do it.) And then there’s her ultimate, where she hops on her motorcycle, drags the victim on her whip behind her, and then lands the motorcycle on their face. Talk about a dick move, Selina.

Injustice 2 will include Catwoman and all that savagery for the PS4 and Xbox One on May 16.