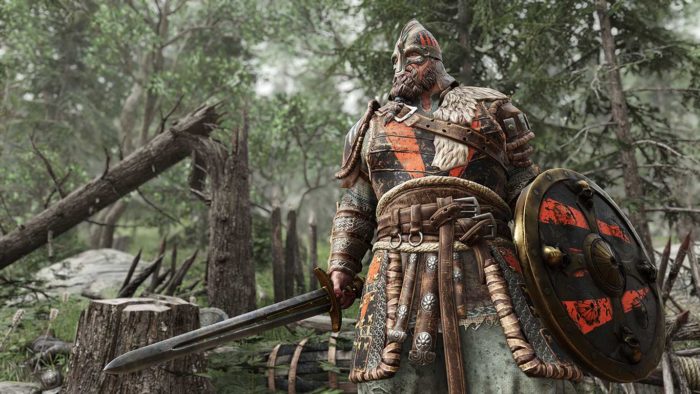 Less than a week ago more than 12,000 gamers upvoted a Reddit post calling for a widespread boycott of For Honor on April 3. The boycott, deemed The Blackout by the organizer, was supposed to be a unified effort by the entire community to show Ubisoft that they would not continue supporting the game if their voices were not heard. Unfortunately, their attempt to make a unified stance already seems to be crumbling apart. The day before the boycott, players stand divided about whether or not the boycott should go on. The boycott’s organizer, jbaayoun, shared an update to the original post suggesting that the community should call the entire thing off. Why? Ubisoft’s latest live stream announced some new changes on the way for the game and a new patch has addressed many of the problems that have been leaving For Honor players vexed in the first place. The catch is that some of the supporters on Reddit feel like Ubisoft has trapped them in a never ending cycle of empty promises and patches that fall short.

For Honor is a game that boasts a ton of potential that hasn’t been allowed to shine through a seemingly impenetrable wall of technical issues. Ever since For Honor first hit the market, the community has been complaining about the game’s unstable servers, poor matchmaking and a microtransaction-driven cash grab that would ultimately cost players roughly $700 to have access to everything in the game. To be fair, Ubisoft has made claims that they will be working on some of these issues and they have since released patches for the game that are aimed at solving some of these complaints. The problem, however, is that these patches may be too little too late. Gamers continue to complain about For Honor’s match making issues and one player even became a viral hit after he managed to create miniature replicas of For Honor weapons during the time it took him to be placed in a game. Even worse, he noted, sometimes those long load screens resulted in getting booted from a game or playing alongside bots.

So what did the For Honor community decide to do about this? They rallied together and planned a massive boycott of the game that would start on April 3 at 5 am EST. The effort was even organized enough to have a specific list of demands that Ubisoft should meet if they wanted to regain their lost community of players. This list included better communication from Ubisoft regarding new updates, making adjustments to the award system for steel so players don’t feel forced to purchase it and, to nobody’s surprise, a much better system for matchmaking. These are all things that were whether addressed in For Honor’s latest patch released on March 30 or mentioned in Ubisoft’s latest live stream. This was enough to satisfy the boycott’s organizer along with many other supporters but others feel that Ubisoft is still not taking players’ concerns seriously.

Now the community can’t seem to decide if they should trust in Ubisoft’s ability to finally allow For Honor to live up to its potential or if the scheduled boycott should continue regardless of the recent patch and new string of promises.

Only time will tell how many For Honor players follow through with the boycott despite the recent patch. One thing does seem to be pretty clear, however. Ubisoft is trying. At the very least, they are trying.