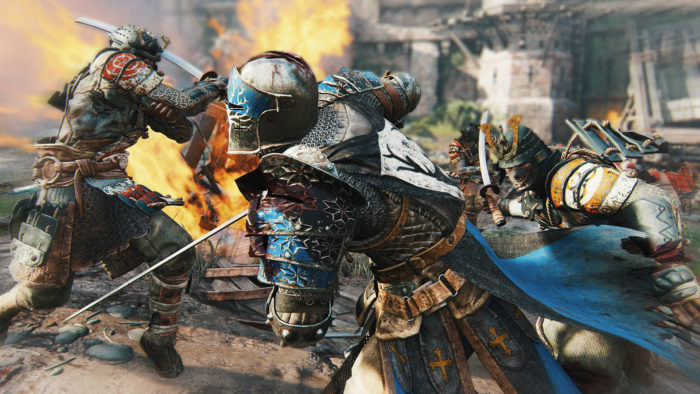 For Honor has a lot to offer its players. It has dynamic battle mechanics. Large maps that offer tons of environmental kill opportunities. Different classes of warriors to make every matchup feel different than the last. And loading screens that will give you plenty of time to contemplate life’s toughest problems, take the dogs for a walk, finish up that assignment you’ve been putting off or, in the case Reddit user ndl17, create tiny versions of the weapons available in the game.

If there is one thing that has been driving For Honor players crazy, it’s the insanely long wait times between matches. To make matters worse, connectivity issues plaguing the game will likely leave you getting kicked from matches or experiencing a host of other matchmaking problems. So it’s not surprising to discover that many gamers feel like they are wasting quite a bit of time sitting around doing nothing during these long loading screens, especially if their long wait ends in them getting booted early from the game they are placed in. Well, ndl17 has found great use for the downtime between matches. He created mini replicas of the weapons in the game using small pieces of wood and metal pieces for the blades.

After sharing his first mini creation, a replica of the Lawbringer’s poleaxe, gamers have been commenting to make requests for more weapon’s. Since For Honor’s matchmaking issues and long loading screens still haven’t been completely resolved, ndl17 had no problem fulfilling some of the requests. His collection now includes Berserker’s axe, Nobushi’s naganata and the Conquerer’s flail.

ndl17 also noted that he’s been seeing some improved loading times for his games and reports indicate that Ubisoft has been working to try to improve some of the matchmaking issues that still exist today. Their latest patch actually did address and resolve some of the issues but their work is certainly far from done. The good news is that as long as For Honor is still dealing with long load screens, we will still be blessed with more tiny weapon creations from ndl17.

Sometimes, you just have to focus on the small victories in life.