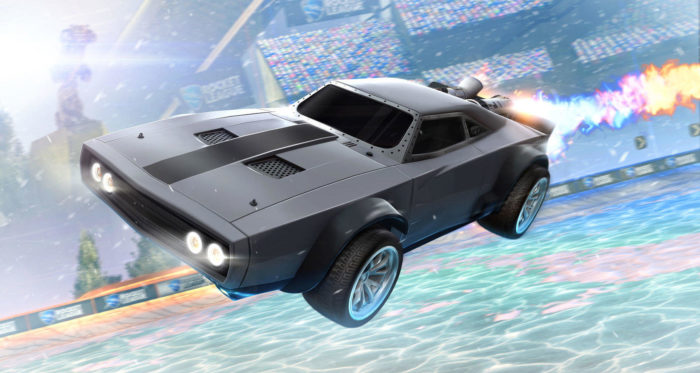 Dominic Toretto’s Dodge Ice Charger is coming to Rocket League next week in a DLC tie-in with The Fate of the Furious movie, Psyonix announced today.

The developer has collaborated with Universal Pictures and Dodge to add the car to the game’s roster on April 4, ahead of the April 14 release of The Fate of the Furious film. The DLC is available for Xbox One, PlayStation 4, and PC for $1.99, and includes Ice Charger premium wheels and six premium decals. Watch the car in action in the trailer below.

Rocket League has handled licensed film properties in the past, such as the Batmobile from Batman v Superman: Dawn of Justice and the DeLorean from the Back to the Future trilogy.

In other Rocket League news, Psyonix released a patch this week to fix server issues stemming from the Dropshot update released last week. Psyonix CEO Dave Hagewood called the issues “totally unacceptable,” and apologized for server outages and long matchmaking times. Hagewood stated the studio is hiring more employees for its Online Services team as the game continues to grow.