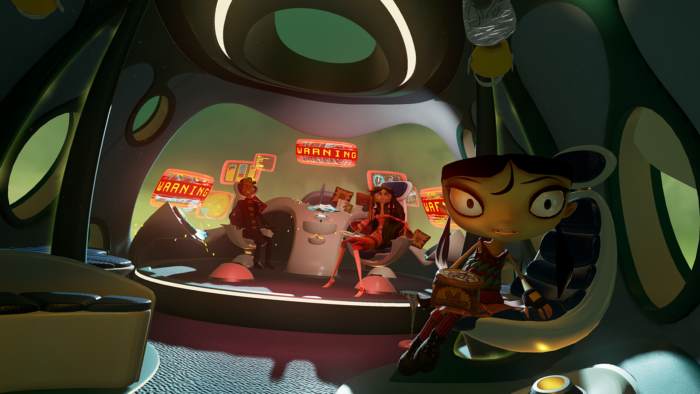 The Psychonauts story is about to continue later this month when Double Fine releases Psychonauts in the Rombus of Ruin for PlayStation VR. PlayStation has released the launch trailer for the game, and it’s harnessing some serious James Bond vibes.

The stylish trailer looks and feels almost exactly like a Bond opening, with a mix of gameplay shots and stylish animated frames. It even has its own theme song, which would fit right into the opening of the latest spy flick. You can take a look at the trailer down below.

Rhombus of Ruin has you taking control of the series’ hero Raz once again, and it functions as a standalone title. It’s an adventure puzzle game set between the events of the first game and the upcoming Psychonauts 2. Of course, it’s a VR exclusive title so you’ll need that to be able to play it.

Psychonauts in the Rhombus of Ruin launches on Feb. 21 for PlayStation VR. Recently, we also saw new prototype gameplay footage for Psychonauts 2, and found out its release window.

Are you going to be giving the Rhombus of Ruin a try? Do you think Psychonauts will be a good fit for VR? Let us know down in the comments.