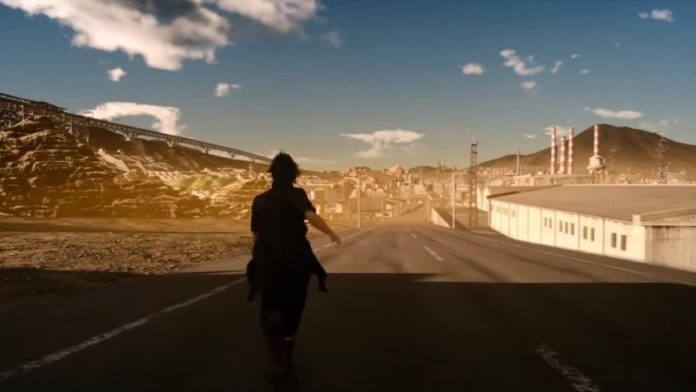 Final Fantasy XV has been out in the wild for a while now, giving players sufficient time to explore the many nooks and crannies of its world. A new glitch discovered by YouTube user Fotm Hero, however, shows that there may have been more areas originally planned for the game. As many people may know, the second half of Final Fantasy XV becomes almost entirely linear compared to the open world of the first half.

One of the later chapters has Noctis and crew taking a train to the Cartanica, where Fotm Hero uses an out-of-bounds glitch to break past the invisible wall and explore the area. They wander around Cartanica for quite a while before stumbling upon other regions including a savanna looking plain, snowy region in Niflheim, and even a bit of Tenebrae. Although some of the areas are unfinished and lacking textures and geography, some look surprisingly detailed featuring lush scenery, buildings, and even a couple cars driving around. You can watch the whole thing, which clocks in at just over an hour, down below.

It’s impossible to say if these areas were indeed planned to be included in the game at one point or not, but it’s interesting to see regardless. We do know that Square Enix plans on expanding the story of Final Fantasy XV with updates, and has at least three character focused DLC packs revolving around Ignis, Prompto, and Gladio respectively. Maybe it’s possible we’ll see some of these areas included in DLC, but time will only tell.

Final Fantasy XV is now available on Xbox One and PlayStation 4. For more crazy XV stuff, take a look at how someone beat the game without leveling up or using any items. You might also want to check out the weird obsession that Ignis has with crafting new recipes.