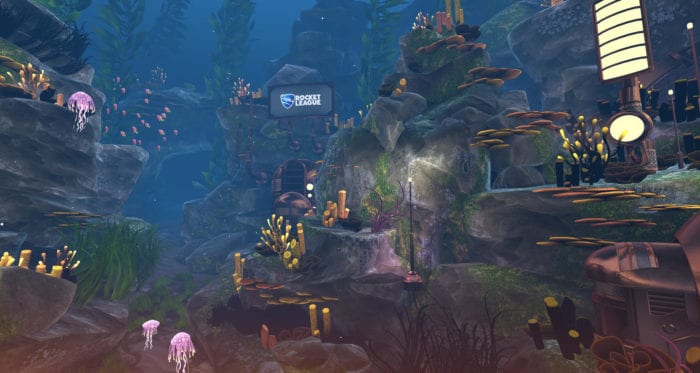 The Cosmic and Octagon arena has been updated with small changes to the area to make gameplay run a bit smoother. The Rumble Mode bugs regarding the Magnetizer and Spike Power-ups have been patched as well.

DLC battle cars Proteus and Triton can now be purchased and each car is getting six unique decals that can be purchased from the Premium Showroom as well. Keeping in line with the underwater theme, Harpoon, Trident and Starfish will be added to the game as uncommon antennas.

There are also seven new achievements to be earned as well, some of them can only be earned on the new AquaDome arena.

For a full list on what is new in the patch, you can check out the patch notes on Rocket League’s official website.