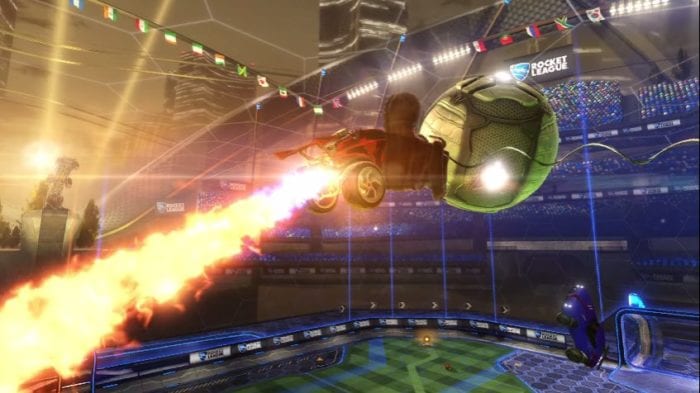 Called the AquaDome, the new arena certainly looks impressive with marine life floating on by on the outside of the arena. Alongside the new arena, two new aquatic-themed cars named Triton and Proteus will also be made available upon the release of the AquaDome.

Triton is a slick and futuristic submarine-looking car, while Proteus looks more like the kind of marine vehicle scientists would use in their exploration of the ocean depths. While the AquaDome map is free, the cars will cost you. Both will be available for $1.99 from the game’s Showroom like the other vehicles added as DLC.

AquaDome is due to become a part of every Rocket League playlist, including the Competitive playlist. The new arena and battle-cars are due to release at some point next month, though no specifics have been revealed just yet.

What do you make of Rocket League’s journey to the depths of the ocean? Let us know in the comments below.