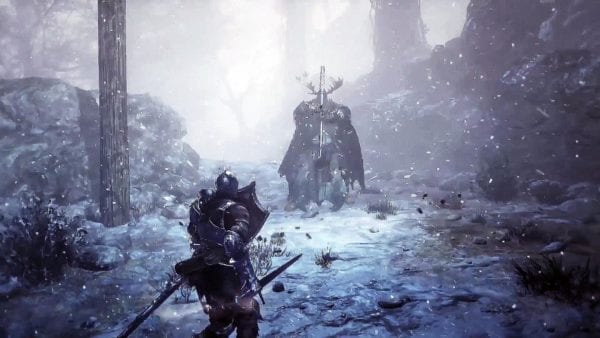 Ashes of Ariandel is the first of two DLC packs that will be coming to Dark Souls III. Ashes is set to hit the game later this month, while the second and final DLC will be coming sometime next year, at a yet unannounced date.

From Software hasn’t given any concrete story details about this new expansion, but we know that Ashes of Ariandel will be taking us to a rather snowy and cold environment. From what we’ve seen of the trailer so far, there are snowy fields with trees (that can attack you), as well as a large castle that you can explore. It looks rather similar to the Painted World of Ariamis, a side area in Dark Souls. The first area of the DLC is actually called the Painted World of Ariandel, so you can be certain that there will be some thematic connections here.

There are also wolves and very big, Nordic-looking enemies. We’ve also gotten a glimpse of one of the bosses and what looks suspiciously like a Lordvessel filled with lava.

On the PVE side of things, From Software has confirmed that there will be two new boss fights in this DLC. That seems a little low, but Director, Hidetaka Miyazaki has promised that these boss fights will be very focused on phase changes, just as the bosses of the base game were, and that there will be tons of other new content to discover outside of these fights. For instance, players will be able to get access to four new spells (including frost magic, which is a first), new armor sets (for all the Fashion Souls fashionistas out there), and 15 new weapons.

In addition to that, Ashes of Ariandel will also include a new PVP arena for players who love dueling. There aren’t any specifics on how this new PVP stuff will be implemented, but it’s likely that we’ll be getting cordoned off areas specific for duelists, just like how it was handled in Dark Souls II. 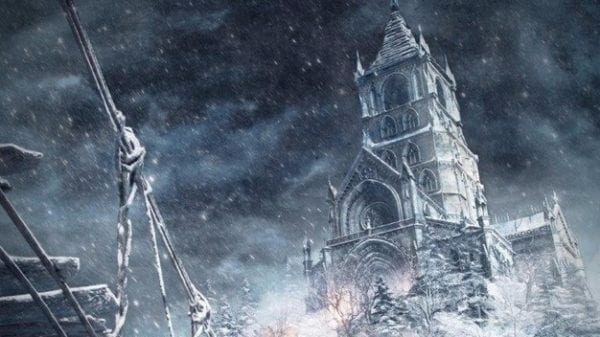 There aren’t any specific instructions on how to access the new content just yet, but if the past Soulsborne games are any indication, it’s highly likely that players will have to complete a laundry list of objectives before they get to check out the new content. Miyazaki has stated that the DLC certainly won’t be accessible from the very beginning of the game due to its difficulty – it’s also worth noting that the additional content for Souls games has always provided the toughest challenges for players, so Ashes of Ariandel will likely end up being tough as balls as well.

Fans have speculated that the DLC will have to be accessed through the Cathedral of the Deep or possibly even Irithyll, due to some of the signs and clues that have been picked up in the reveal trailer – not to mention the bosses shown, who are heavily connected with both the Cathedral and Irithyll itself. Whatever the case may be, if you’ve already beaten the game, you might want to hold off on heading into new game plus before checking out Ashes of Ariandel.

When is it Out? 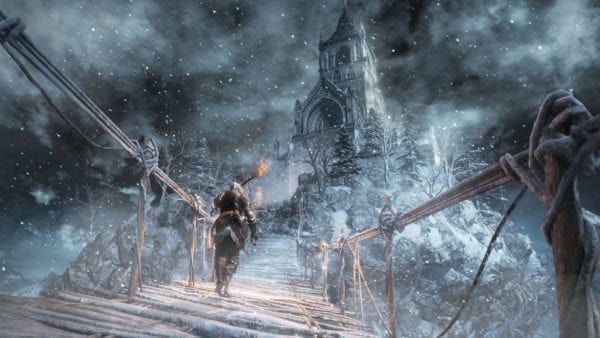 Dark Souls III: Ashes of Ariandel is set to be released for the PS4, Xbox One, and PC on Oct. 25. After you purchase and download the DLC pack, you’ll then have to beat a few bosses (if you’re starting a new game) and unlock certain areas before you can access the new stuff. We’ll keep you updated as more info on the DLC’s accessibility comes our way.

Will you be picking up Ashes of Ariandel once it launches? Feel free to let us know in the comments down below.