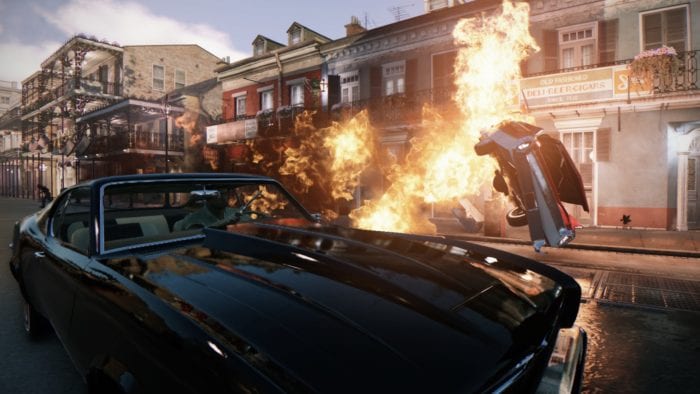 As Mafia 3’s release date rapidly approaches, and while there have been numerous teasers and gameplay footage videos at this point, more details have come out regarding the various new features of the game on the game’s webpage. After the game’s release, future content will include a bevy of new outfits:

“One of the biggest requests we keep getting from you – our fans – is about the ability to change Lincoln’s outfit. This is coming! New outfits will allow you to select a look that suits your tastes and define your take on Lincoln.”

Additionally, a month after the game’s launch, Hangar 13 will release the “Judge, Jury and Executioner” golden weapons pack. Another feature bound to create excitement for the game is in regards to vehicle customization:

“Hey, gearheads: We’ll be expanding upon the vehicle upgrades that already exist in Mafia III by adding new customization options. You can cherry out your favorite ride with new wheels, personalized license plates, and paint jobs. And, yes, you will get even more options to boost the performance on your vehicles.”

The same update also states that there will be available car races, eventual DLC expansions, and new themes and dramatic plot points in the game. The story DLC is described as “wholly separate experiences that reveal more about Lincoln Clay’s time in New Bordeaux. As these stories will reveal, the Italian Mafia isn’t the only threat Lincoln faces…”

The website elaborates with three different expansions, including “Faster, Baby!,” “Sign of the Times,” and “Stones Unturned.” “Faster” will involve races as Lincoln teams with former lover Roxy Laveau to take down a corrupt Sheriff terrorizing Civil Rights activists on the outskirts of New Bordeaux. “Sign” has Lincoln hunting down a death cult, and “Stones” has Lincoln joining with CIA agent John Donovan to “settle a blood feud that began in the war-torn jungles of Vietnam.”

Hangar 13 seems to be doing a lot to keep players busy well after the game’s release. However, while the Deluxe Edition of the game will be $79.99, the season pass alone will be $29.99. Mafia III is currently slated for Oct. 7 on the PS4, Xbox One, and PC.