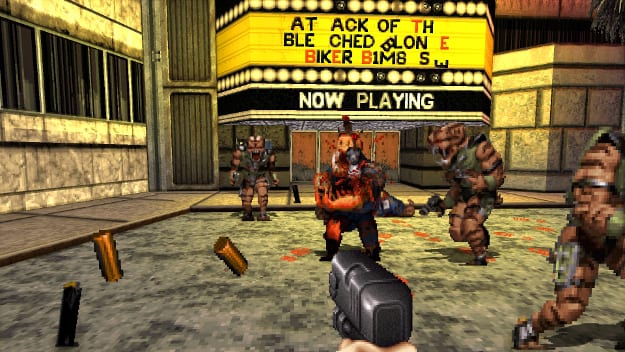 Classic 90s first-person shooter Duke Nukem 3D turned 20 years old this year, and to celebrate, Gearbox Software will be releasing a special anniversary edition of the game. Titled Duke Nukem 3D: 20th Anniversary Edition World Tour, the release will bring Duke Nukem 3D to modern consoles. Apart from including the base game, it will also carry a bunch of new features.

For one, there will be a new episode, created by the game’s original designers, Allen Blum III and Richard “Levelord” Gray. This episode will feature eight all-new levels not found in the original release of the game. Lee Jackson, the sound designer of Duke Nukem 3D, will be contributing original music for the new edition, while Jon St. John, the voice of Duke Nukem, will be adding brand new one-liners into the mix.

The game can be played with its original 1996 graphics, or in a “high fidelity” mode that uses special new technology Gearbox has developed, called “True3D Rendering”. Finally, this version of the game will include a developer commentary featuring the game’s original developers.