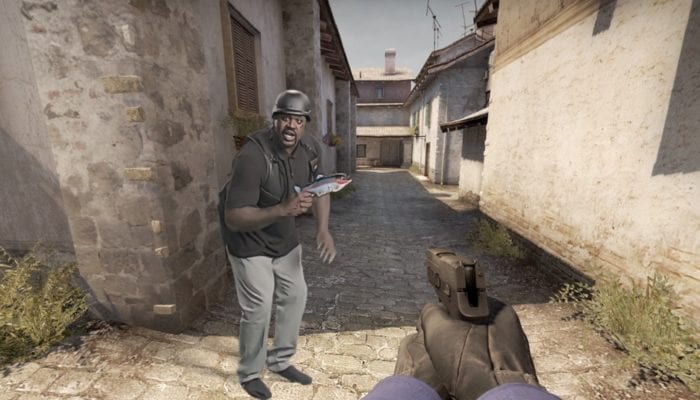 The upcoming professional Counter Strike: Global Offensive league, ELeague, has begun its marketing process and as such has recruited a ringer to help draw in a crowd. Shaq is front and center in their new commercial promoting the league and well… it’s pretty fantastic, in a cringe-worthy kind of way. Shaq has had his hands in esports for a little while now as he was the one who originally unveiled ELeague. The lovable goof is certainly no stranger to the rest of the gaming community as well, in fact the reboot to his own titular game, Shaq Fu, is currently in the works. While its hard to take Shaq seriously, it’s pretty clear he’s loving every second of it, which in the end just makes it more hilarious for the rest of us. Watch Shaq get “deep into the game” and earn a “Ph.D in CS:GO” below:

The ELeague is scheduled to begin broadcasting Counter Strike: Global Offensive on TBS starting Friday, May 27th. 24 teams from around the world will be competing in the league, including NRG eSports, who Shaq is part owner of along with A-Rod and Jimmy Rollins, and Luminosity Gaming and G2 Esports who recently battled in the season 3 grand finals of the ESL Pro League where Luminosity took home the win.

It is unclear if Shaq will have any further involvement with ELeague, but we for one are hoping he’ll drop by for some guest commentary from time to time. After all, who better to explain the on-goings of a match than a licensed professional? What do you think of this goofy commercial? Leave a comment and let us know!