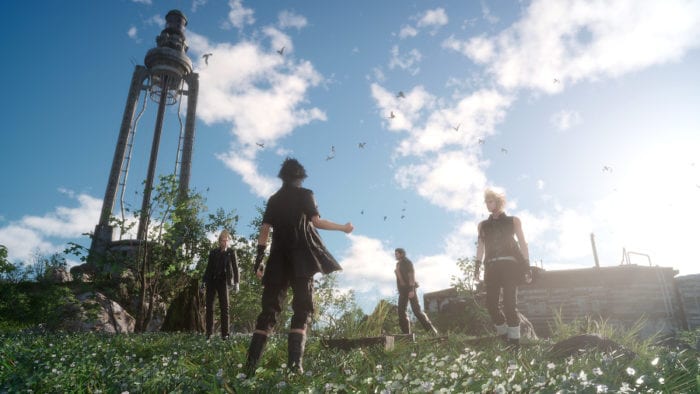 Final Fantasy XV has shown us plenty about its combat and characters with trailers, but now we get a closer look at some of the sweeping vistas players will be exploring. The “World of Wonder” video cycles through different shots of environments including an enormous city, grassy mountainsides, lush forests, sewers and more.

The trailer was originally shown at the Uncovered event that took place on March 30. Take a look at the video below, and here’s a quick description of the story of Final Fantasy XV.

You are Noctis, the Crown Prince of the Kingdom of Lucis, and your quest is to reclaim your homeland from the clutches of the imperial army. Joined by your closest friends, you will take the wheel and experience a voyage like no other, traveling through the breathtaking world of Eos encountering larger-than-life beasts and unforgiving enemies.

Final Fantasy XV is set to be released on September 30, 2016 for PlayStation 4 and Xbox One. A tie-in movie called Kingsglaive and a prequel anime series titles Brotherhood are set to release before the game. The first episode of Brotherhood is available to watch via YouTube. Square Enix also recently announced that the Ultimate Collector’s Edition for the game -which was only supposed to have 10,000 copies- will be getting restocked in the future.

What do you think of the environments of Final Fantasy XV? Which one are you most excited to explore?