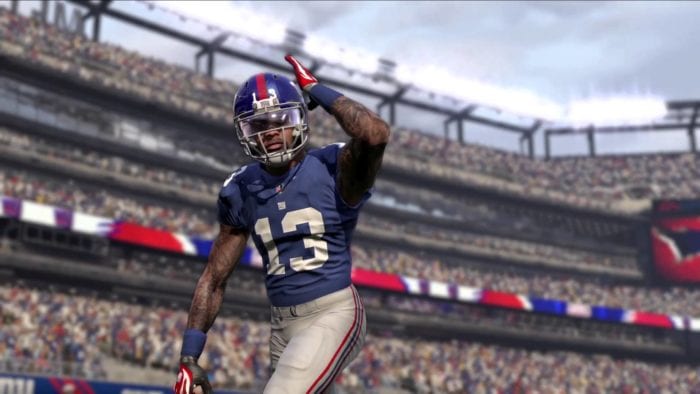 If the NFL Draft has you in the mood for some good old-fashion American football, Xbox and EA have you covered. Running now through 11:59 PM PT on May 2, Madden NFL 16 is free for Xbox Live Gold members, thanks to Xbox Live Gold’s Free Play Days.

Built around the rush of fantasy draft night, Madden 16 includes Draft Champions. First you make a draft, and then you take to the field to play the match-up your self. The game also includes new quarterback controls, a new risk/reward catch and pass-defend system, Connected Franchise Mode, and even invites you to build your Ultimate Team, using players past and present.

Usually $60, Gold members will have the chance to then buy Madden NFL 16 next week for $19.80. Gamers can also simply become members of EA Access for $5 a month or $30 a year. Doing so will mean receiving full access to Madden NFL 16 and all the other games currently offered in the EA Access Vault.

Will you be picking up Madden NFL 16 this weekend? Or do you already own it and have been playing like crazy all draft season? Let us know in the comments.