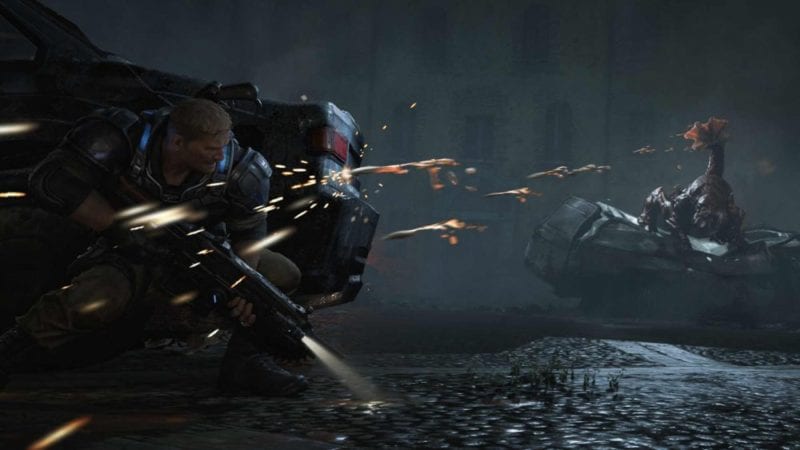 Gears of War 4 is still in the works, with much being shown recently of its grand single-player mode, as well as some story details that were fleshed out for who we’d be playing as. But, you may be asking, what about the multiplayer? It’s a question that has been on many minds for as long as the project has been unveiled, and luckily, thanks to Game Informer, we now know more details behind just how the multiplayer is going to be.

The Coalition, Gears 4’s developer, got a recent visit from Game Informer for more details about the single-player. One thing led to another, and some info on the multiplayer was given. Now, granted, only so much could be said (twelve things, in fact), but it definitely paints a clearer picture of what’s to come. For one thing, The Coalition will be getting help from developer Splash Damage, who worked on the Ultimate Edition of Gears of War for Xbox One. The experience helps, and the primary focus for them are the multiplayer maps.

The multiplayer itself is getting a much larger focus this time around in comparison to past Gears games, which were much more heavily single-player focused. In this way, The Coalition can appeal to both the more solo players and the eSports players all at once. They don’t want one side to be too much heavier than the other, but rather, find a nice balance for both sides, and make sure the game is as accessible as possible. The multiplayer will still follow the traditional humans-vs-monsters format that you’ve seen in the past, but with three playable factions, two of them being human(COG and Outsiders, respectively).

As for some smaller inclusions in the multiplayer (and lack thereof), each faction will have their own unique knife along with some other attributes, to keep things varied. Conversely, wind flares aren’t being planned for inclusion in the multiplayer, though they’ll be a big focus in the campaign.

Lastly, if you’re looking to get your hands on the multiplayer sooner rather than later, a playable beta will be available sometime this Spring, in which you’ll be able to play as five of the game’s playable protagonists. You can read more extensively about these things, as well as the other details, on Game Informer’s website.

Gears of War 4 is set to come out exclusively for Xbox One sometime later this year.