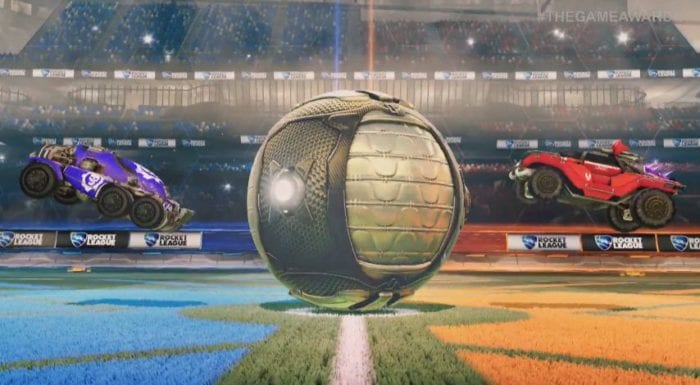 Microsoft has announced that the Xbox One is taking a potentially huge step towards a radically different future. And Rocket League is leading the way.

In the near future [email protected] games will be able to allow online cross-network play. This does not simply mean Xbox One and PC gamers can play over Xbox Live. It means players on “Xbox One and Windows 10 using Xbox Live will be able to play with players on different online multiplayer networks – including other console and PC networks.”

Explaining how this will work, Director of [email protected], Chris Charla, said, “It’s up to game developers to support this feature, and Xbox Live players will always have the option of choosing to play only with other Xbox Live players.”

That said however, Rocket League will be the first game to support the feature, “enabling cross-network play between Xbox One and PC players, with an open invitation for other networks to participate as well.” Needless to say, the lengths Charla takes to not say PlayStation Network should be applauded all on their own.

Making an announcement of their own, the Rocket League developer explained, “To say that the team here at Psyonix is both honored and excited to have Rocket League as the first cross-network game is a massive understatement. Cross-network play has been the number-one most requested feature our community has asked for since Rocket League was first announced on Xbox One, and now that we are able to pursue complete online unity on all platforms, today’s announcement is a dream come true.”

Cross-network play will be up and running between Xbox One and PC later this spring, with information in regards to “other platforms” coming soon.

Since it’s launch on PS4 and PC last year, Rocket League has supported cross-network play between the two platforms. It subsequently released on Xbox One back in February.

If the feature ends up working as it’s seemingly promised, Rocket League will join 2002’s Final Fantasy XI as one of the only games to allow players on the Microsoft and Sony consoles to play together. What do you think of the feature? Is it time to reconnect with that one estranged friend that happened to get a different console than you? Let us know in the comments. As we learn more about cross-network play on Xbox One, you’ll find it all right here on Twinfinite.