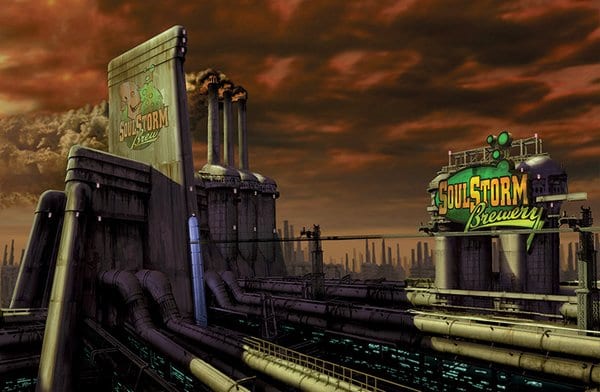 Oddworld Inhabitants has announced that Oddworld: Soulstorm, a remake/reimagining of 1998’s Abe’s Exoddus will be released in the latter half of 2017.

The news has come via the official Oddworld website and confirms that it will follow on directly from 2014’s New ‘n’ Tasty. It will tell the story of Abe as he leads the 300 Mudokons he saved in the last game through the desert, before discovering the soft drink, Soulstorm, which holds a dark secret.

A statement from the game’s creator, Lorne Lanning, was included in the announcement, in which she says, ‘there was a deeper, darker, and more sinister story that we never got to tell. Soulstorm gives us the opportunity to flesh out more meat on the bones of an original spine, but re-tell the fable from a very different angle.’

The new game might be quite different to the other games in the Oddworld series as Oddworld Inhabitants is promising some surprises and ‘intelligent new mechanics, twisted new devices enabling highly explosive deviousness.’

It has not been announced what platforms it will be available on but Oddworld: Soulstorm will be released in the latter half of 2017.