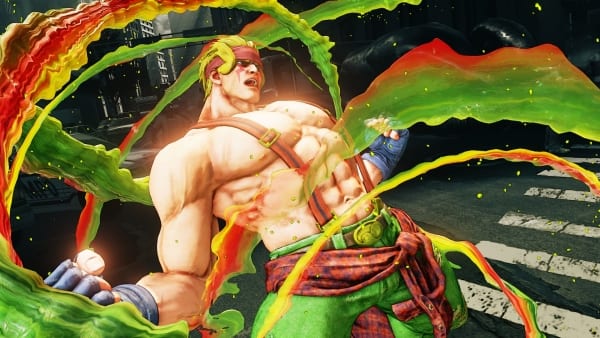 Capcom have previously announced details for Street Fighter V’s March update, which contains the game’s first DLC character along with new modes and bug fixes. Today, they’ve confirmed that update will be released in two parts for PlayStation 4 and PC players.

An update on the Capcom Unity blog has confirmed that the March update has been split across two dates. The first is coming on March 28 and will include the new Challenge Mode, expanded online lobbies and bug fixes. The second part of the update is scheduled for March 30, which will include the DLC character Alex and an in-game shop.

Capcom uploaded a brief video showing off the Challenge Mode and Shop, which you can view below.

One function that will not launch next week is Zenny. This is an in-game currency that must be purchased with real money and can be used in the Shop.

Capcom are offering a free trial for Alex and any future DLC characters until Zenny is added to the game. Once that feature is live, the trial period will end and any trial characters must be purchased.

Finally, the March 30 update will give every Street Fighter V player a free costume for Ryu and Chun-Li. These costumes apparently cost 40,000 units of in-game currency each, which is the same amount needed to buy a full DLC character. Expect to see a lot of Hot Ryus and Officer Chun-Li’s online next month.

What new feature will you try out first in the updated Street Fighter V? Let us know in the comments.