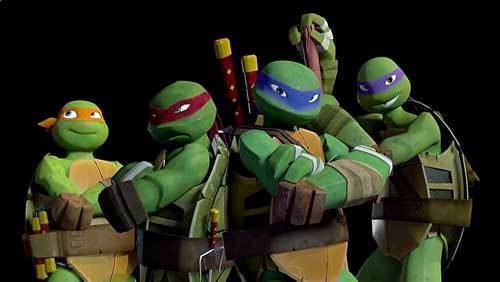 Rumors about Bayonetta developer Platinum Games working on a game for the Teenage Mutant Ninja Turtles have been swirling around for weeks. Now it looks like the studio has finally decided to drop the BS and reveal the game in its full tomorrow.

The game, said to be subtitled Mutants in Manhattan, will supposedly let you switch between the four brothers–Leonardo, Donatello, Raphael, and Michaelangelo–on the fly as they go up against mutants and, who else, the Krang. What’s more, you’re said to be able to take pictures and eat pizza after defeating a boss. Because who wouldn’t want a slice after a long day of battle, especially if it’s for gamerscore? Yum.

Between this Ninja Turtles game and whatever Perfect World’s got planned to show off tomorrow, what reveal has you more excited? Which Turtle is your favorite? Let us know in the comments below.