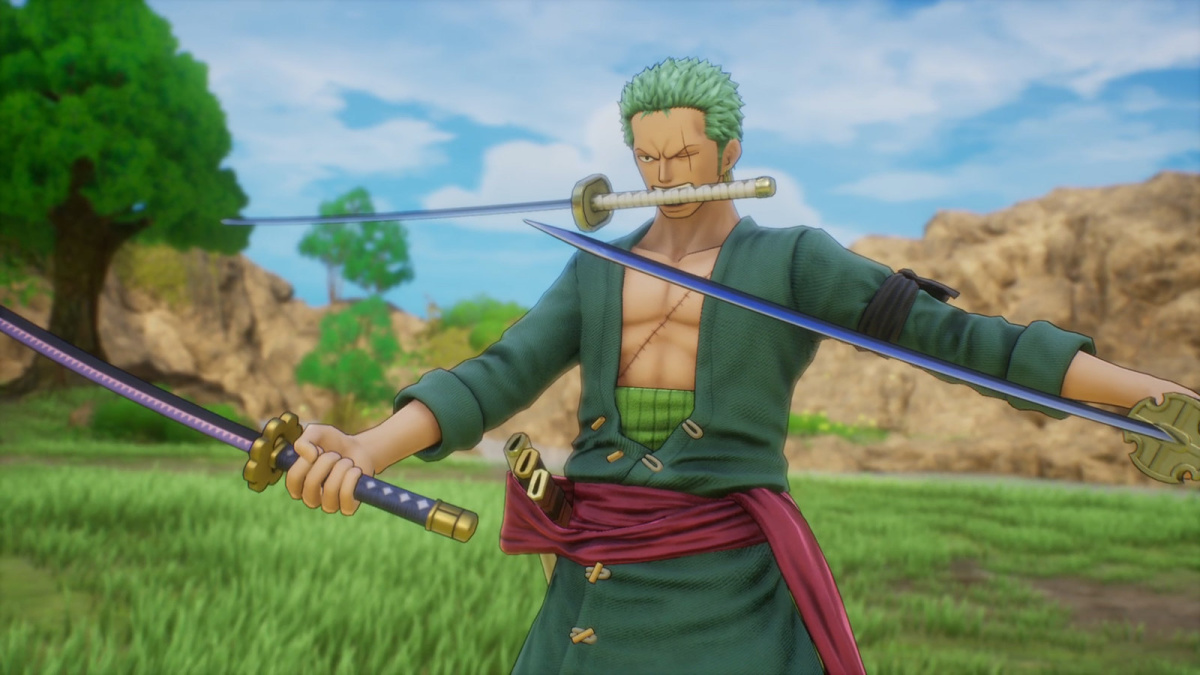 Much like other One Piece games, One Piece Odyssey incorporates the quirks of the Straw Hats into its story and quests. This is especially true for Zoro, who will constantly find himself wandering off in the wrong direction and ending up in an absurdly out of the way location. It’s a funny enough bit, but can be cause for frustration when you have to figure out where he went as part of the main story in Alabasta. That’s why we’re here to expedite the process with a guide on where to find Zoro in One Piece Odyssey.

While there are clues you can find regarding Zoro’s location in One Piece Odyssey, he’s actually tucked away in a spot that’s incredibly easy to miss.

From the palace square, head east toward the righthand section of the area’s map. Then, head toward a section with an alcove that forms a point aimed at the area’s center. This will bring you to a small market area, which is fairly cramped and in the opposite direction of the Palace steps Zoro was trying to head toward. We’ve included screenshots of the alcove’s location on the map for your reference.

You can then find a ledge which you can climb by interacting with it as any character to the left side of this area. Climb up the ledge, and you’ll find Zoro standing near a crate. After you talk to him, he’ll be added back into your party and you won’t have to worry about tracking him down again.

Where to Find the Other Party Members in Alabasta

As for where you can find the other party members in the Alabasta Memoria of One Piece Odyssey, it’s a much easier process.

Every member will be in plain sight, and there will be an NPC in close proximity to them who will give you a hint as to their location. These NPCs will all have red talking icons above their heads too, so they’re fairly hard to miss. All the same, we’ve included their locations down below with references to where they can be found on the map screenshot included above.

Hopefully this cleared up where to find Zoro in One Piece Odyssey. We’ve got plenty of other guides you can check out if you need some help, including ones on how to fast travel, who the best party members are, and how to get and use Cube Fragments. We’ve also got tons of articles related to the wider One Piece series, which can be found down below.