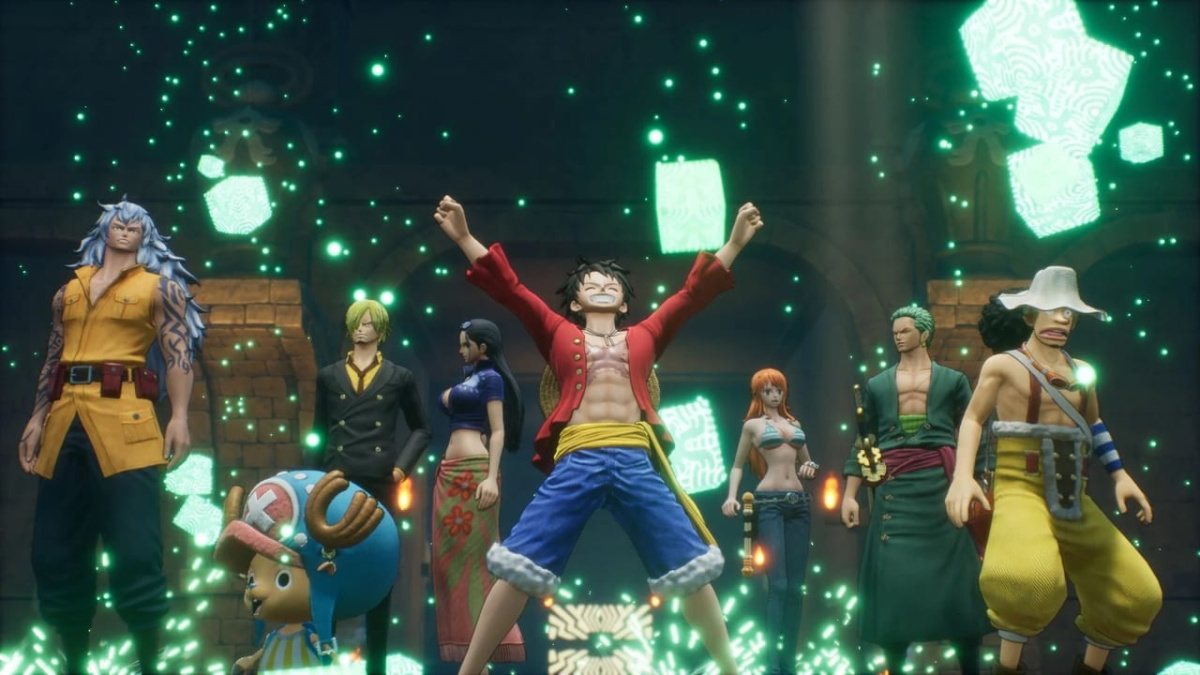 If nothing else, One Piece Odyssey’s story offers a novel excuse for why the Straw Hats aren’t in prime fighting form. Following a run-in with a peculiar girl, their powers are scattered throughout a strange island and manifestations of their memories. It’s an interesting concept, but once you actually start seeking out these representations of powers past, you’re likely to find fragments of them just out of reach, resulting in you wondering how to get and use Cube Fragments in One Piece Odyssey.

Fortunately, we’re here to clear things up with a guide on the subject.

Where to Find Cube Fragments in One Piece Odyssey

When it comes to Cube Fragments in One Piece Odyssey, it’s best to know what you’re looking for.

Unlike other items scattered throughout the world, Cube Fragments will float just above a surface and will glow with a luminescent green light. They’ll also appear as small cubes instead of the golden glimmer that denotes other items you can pick up. We’ve included a screenshot of these fragments for your reference.

They can be collected by either walking up to them and pressing the Circle Button, or by aiming at them and grabbing them with Luffy’s Gum Gum limbs by pressing L2 and R2 simultaneously. Once you do this, they’ll then be added to your inventory, with each fragment being divided up and assigned to a specific character after they’re picked up.

How to Use Cube Fragments

These Cube Fragments can then be assigned to their given characters via slots for their abilities in One Piece Odyssey.

This is done through the Crew Menu. After opening this up by pressing the Options button, press the Triangle Button to open up the Skill Up menu. You can then select a character’s abilities and add Cube Fragments to them to make them stronger.

This can result in a variety of effects, including more damage dealt for offensive abilities, a higher amount of health restored for healing abilities, and a higher chance of inflicting a status for buff and debuff abilities.

Fragments can also be assigned to creation abilities such as Sanji’s cooking and Robin’s combining of accessories. This is done by pressing R1 or L1 to swap over to a character’s open world abilities, and then assigning Cube Fragments to these abilities’ open slots. Doing so can unlock new recipes or increase the total number of times certain accessories can be combined for a new effect respectively.

This will only occur so long as a grouping of three can be applied though. Should you not have enough, you can either wait to gather more or unassign Cube Fragments that are in use by going into an ability’s filled slots and selecting them with the X Button.

As for how you unlock new Cube Fragment Slots in One Piece Odyssey, it’s a bit limited: You can only unlock new slots by advancing the main story. They’ll be unlocked alongside a host of new abilities once you clear a Memoria, and successfully reach the end of a Chapter of the wider plot. Not only that, but new slots are typically unlocked after the abilities themselves have been regained. As such, it can take a Chapter or two before you are able to assign Cube Fragments to your ability of choice.

It’s a little frustrating, but only a minor setback in the grand scheme of things. You can’t exactly lose Cube Fragments after they’re found, and you aren’t under any obligation to use them until you’re good and ready.

Hopefully this cleared up how to get and use Cube Fragments in One Piece Odyssey. For more on the game, check out our guides on how to level up fast and how to fast travel. We’ve also got articles related to the wider One Piece series, which you can peruse down below.

Related Posts
Comments
Continue Reading
Related Topics:cube fragments, get, Guides, How to, One Piece Odyssey, use