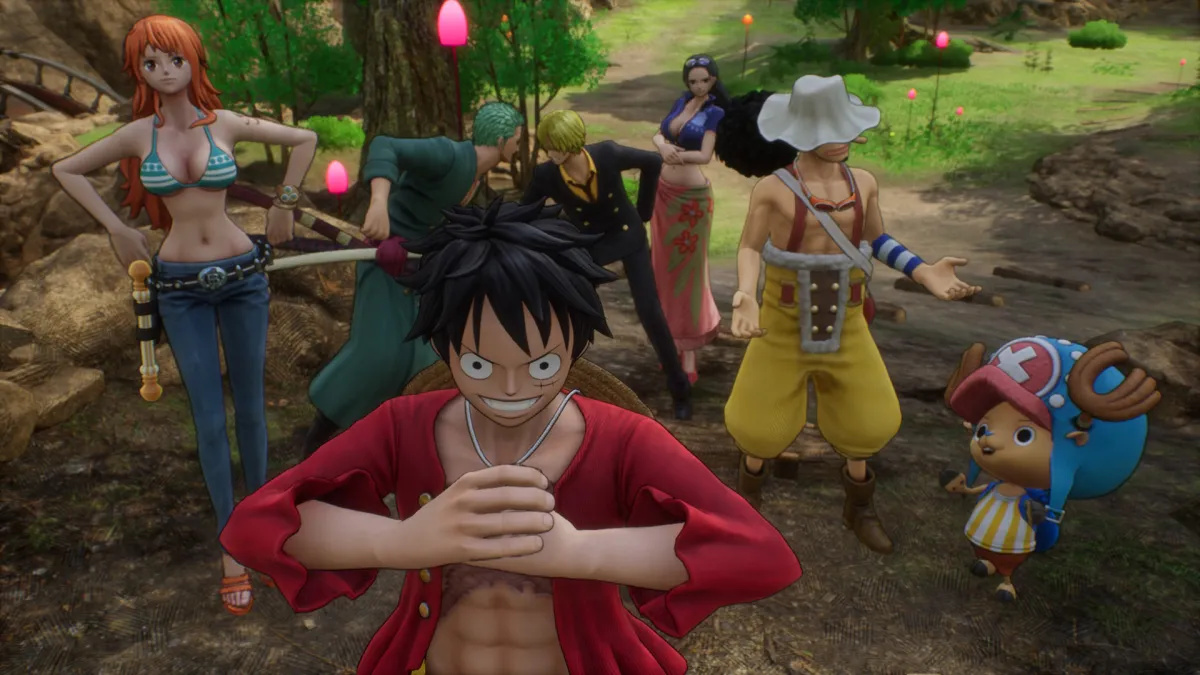 One Piece Odyssey mixes up the usual One Piece game framework by being a turn-based RPG, and it’s largely for the best. Most all of the Straw Hats can be swapped in as active party members, and they each have their own strengths, weaknesses, and abilities to consider while doing so. This can require a lot of experimentation though, and if you’d rather know immediately who the best party members are in One Piece Odyssey, we’re here to help with this handy guide on the subject.

Who Are the Best Characters to Have in Your Party in One Piece? Answered

The good news is that there are a few characters who stand out as some of the better part members in One Piece Odyssey.

One that should come as no surprise is Luffy. A Power type who boasts high stats and outright resistances to Lightning and Poison a la past events in the series, he’s a great damage dealer that can weather damage from a wide array of attacks. His abilities also allow him to deal heavy damage to both individual targets and small groups, allowing him to spread heaps of damage across multiple targets.

Following close behind Luffy is Zoro. He stands as the strongest of your Technique types for the majority of the game and has a similar suite of abilities to Luffy, allowing him to spread damage across multiple targets. His attacks can also deal the Bleed status effect to enemies, reducing the damage they deal and causing damage to them over time.

Right behind Zoro is the Speed type Nami, who serves as the game’s closest approximation to a caster. She has some of the best crowd control abilities in the game, and can damage every enemy on the field with both offensive and debuff attacks. Not only that, but she can stun them thanks said abilities’ Lightning elemental typing, and her large pool of TP means she’ll be able to let loose with move after move.

Finally, there’s Chopper. In addition to having a decent amount of damage-dealing potential, he’s also able to heal himself and other party members through his abilities. This makes him a perfect fourth member of your team, where he can offer support from a distance or round out the pack with extra offensive might.

Are the Other Party Members Viable?

However, it should be stated plainly that the other party members in One Piece Odyssey can be made viable rather easily.

This is because each character has a specific typing tied to their attacks, and will deal more or less damage based on the typing of the enemy they’re fighting against. Sanji, for example, would be a better choice than Luffy or Zoro against a speed type with a weakness to Fire. Usopp, meanwhile, would be better than Nami when trying to defeat a specific Power type enemy from a distance, or when facing down a Power type directly thanks to his Hammer abilities.

Likewise, any party member can see their stats boosted to the same level of or even higher than those of the party members listed above. This is done through the use of accessories, which drastically increase a character’s stats and can be readily changed out to fit the situation.

What Is the Best Party in One Piece Odyssey? Explained

With all this in mind, figuring out what the best party is in One Piece Odyssey is largely dependent on the situation.

For general exploration, you’d be best served by having Luffy as your Power type, Zoro as your Technique type, Nami as your Speed type, and Chopper as your support. This will give you good coverage for basic mob enemies, and will allow you to get through areas without giving much thought to your overall strategy.

Otherwise, the best party you can have will depend on the area you’re in and the enemies you’re facing. Areas with lots of Power types, for example, would mean a party that includes all your Technique type party members might be best. A boss fight with a Speed type, on the other hand, would mean that you’ll probably want to have all of your Power type part members present for the highest damage output possible.

Hopefully this cleared up who the best party members are in One Piece Odyssey. For more on the game, check out some of our other guides which cover everything from how to get and use Cube Fragments to how to fast travel. We’ve also got tons of articles related to the wider One Piece series, which you can peruse down below.