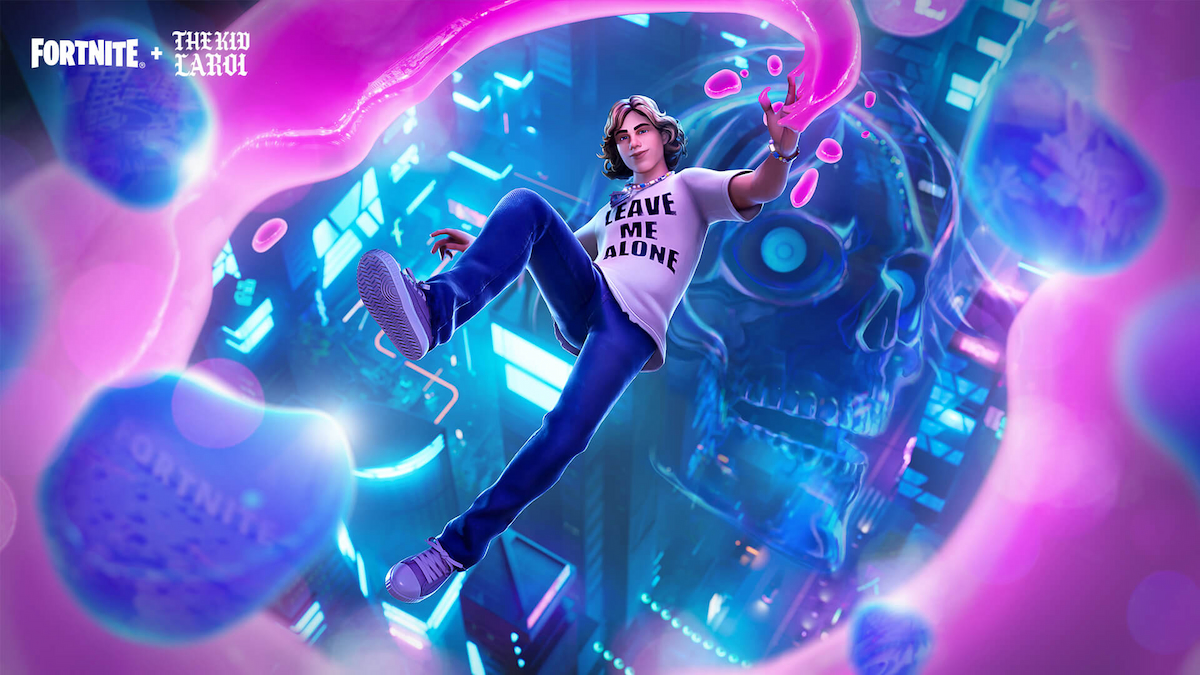 After several hints have been dropped recently, the upcoming Fortnite crossover with Australian rapper The Kid LAROI has been confirmed for the tail end of January. Fans will enjoy new music and a special creative island featuring all things known to this popular Australian rap artist.

All this will start on Jan. 27 and run until Feb. 3 as an event called The Kid LAROI’s Wild Dreams, something that isn’t all too surprising, considering the artist is already featured on Fortnite Radio.

Those who really want some new music will be happy as The Kid LAROI’s Wild Dreams creative map will feature unreleased songs. The event will also have its own free rewards for completing challenges available only on the creative map.

Players will be able to earn the following items:

For more gameplay-related cosmetics, The Kid LAROI and The Rogue LAROI Outfits will be part of the event’s section on the Item Shop when they land on Jan. 26. On top of that, the song Stay will also be available as a Lobby Track on the Item Shop for those who want more music.

Fans wanting an early chance at the Item Shop cosmetics before the 26th can partake in The Kid LAROI Cup, which is a Duos tournament in Zero Build. Players will get to complete 10 matches over a three-hour time span to earn the most points.

A Victory Royale is 25 points, with second place and beyond gaining a decreasing amount of points. Every elimination is one point, and earning eight points will award participants with the LAROI Banner Icon and the LAROI’s Smile Emoticon.