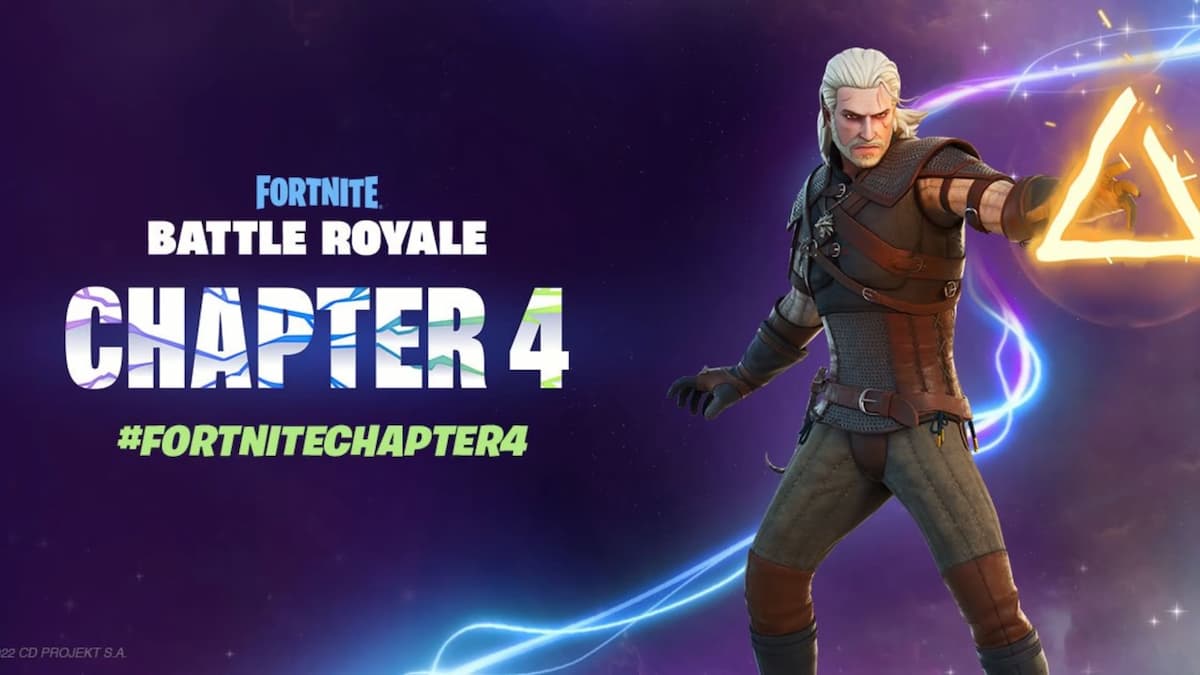 Fortnite Chapter 4 Season 1 has officially kicked off with a brand new battle pass, filled to the brim with plenty of new playable characters including DOOM’s Doom Slayer! This time around, Geralt of Rivia, the iconic character from the Witcher series, has made its way to the Fortnite battle pass. So if you’re wondering how to get The Witcher Geralt of Rivia skin in Fortnite, then your search ends here.

How to Unlock Geralt from The Witcher in Fortnite

As always, the Fortnite Chapter 4 Season 1 Battle Pass costs around 950 V-Bucks, which eventually allows you to earn 1500 V-Bucks back if you unlock all of the tiers.

However, it’s worth noting that The Geralt of Rivia skin is currently unavailable in the game as Epic Games has confirmed that the reward is a part of the secret battle pass. Therefore, players could unlock this character later in this Season.

The exact specifics around how the ‘secret Battle Pass’ skin of Fortnite Chapter 4 Season 1 will be obtained has yet to be revealed by Epic Games. This tends to be the case, with Epic Games allowing players to start the quest after a few weeks into the season. As soon as we have further information on the quests, we’ll update this post and let you know.

Apart from the Witcher skin itself, Fortnite players can also get their hands on other Geralt-related items like a loading screen, backbling with his double swords, a spray, emote, and a harvesting tool.

So, there you have it. That’s everything you need to know about obtaining Geralt of Rivia skin in Fortnite Chapter 4 Season 1. For more tips and guides, make sure to check out other Fortnite-related content like start and end dates for all Fortnite seasons and Fortnite ‘Waiting in Queue’ error meaning. And as always, feel free to peruse the relevant links below.