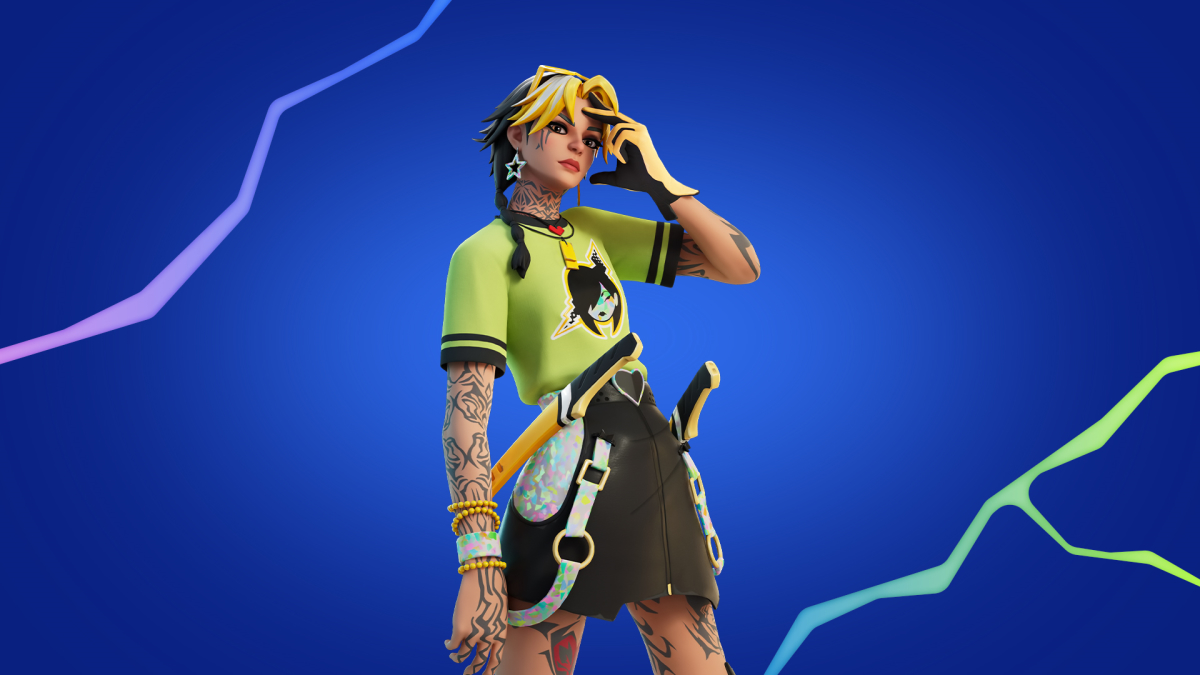 The first update for Fortnite: Battle Royale in the new year has officially gone live for all platforms, adding new alternative outfits for some of the battle pass characters alongside a new defensive item.

The game’s Midseason Drops are now available and allow players to unlock new styles for outfits earned from the Chapter 4 Season 1 Battle Pass. Players can unlock the alternative style for Selene this week by earning 10 Account Levels, and the following four weeks will offer different styles for Massai, Doom Slayer, Dusty, and Nezumi characters.

The v23.10 hotfix also adds a new item into the game called the Guardian Shield, which was first spotted by data miners last month. According to the update notes, the giant white shield deploys a barrier that protects from incoming damage. It can be used as a mobile cover or planted on the ground for more stable protection.

The Guardian Shield will not protect infinitely and changes color the more it is damaged. It can be found from the wide Oathbound Chests and should come as a welcomed addition to players in the Zero Build playlist where building is disabled.

Fortnite is currently in the middle of Chapter 4 Season 1, which has already seen several events last year, including collaborations from My Hero Academia and MrBeast. As always, updates and new collabs for the game are sure to be announced consistently throughout the year, so we’ll be sure to let you know if new ones are announced and when they drop.