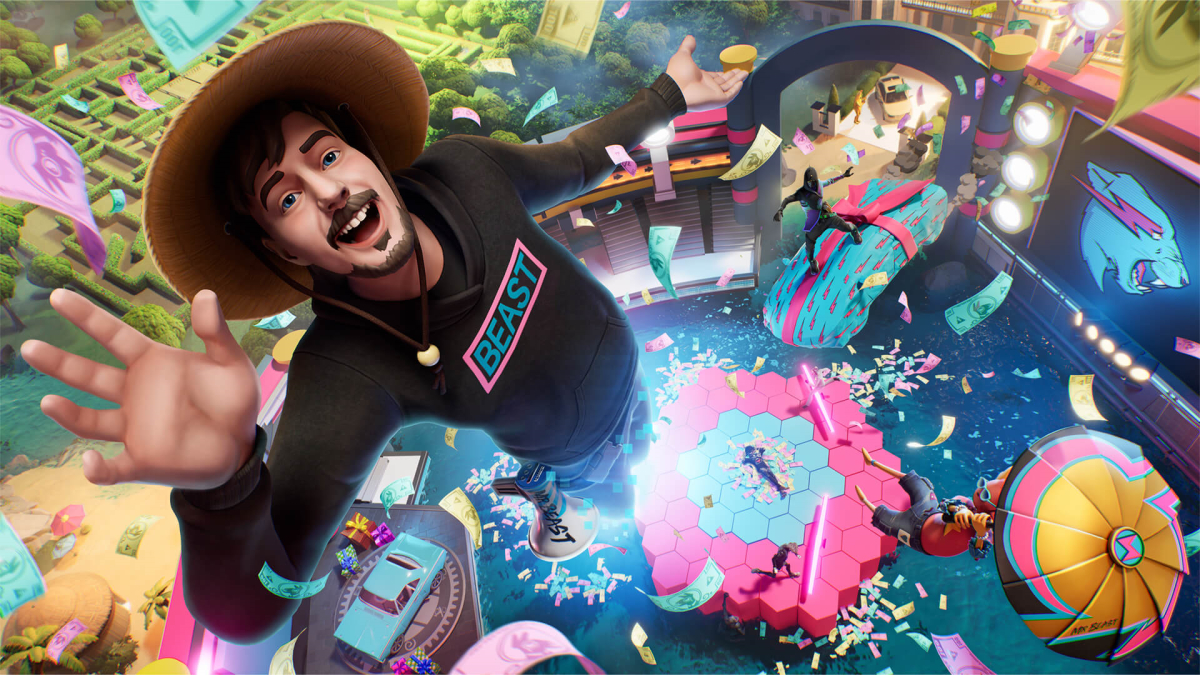 YouTuber and food entrepreneur MrBeast will be coming to Fortnite this week with a series of challenges that reward with real money and in-game cosmetics alongside showing up in the shop with two different outfits.

Epic Games announced the “I Earned $1,000,000 in Fortnite!” MrBeast’s Extreme Survival Challenge on Monday, where players will be able to compete in a Creative map for a chance to win one million dollars. The MrBeast-inspired map will have players “avoid hazards, collect coins, and survive extreme challenges” to earn Score, and the player with the highest Score will win the cash prize.

The first 100,000 players with high scores will also receive a golden Beast Brella Umbrella. The map will go live on Dec. 13, but the challenge will take place on Saturday, Dec. 17 from 12 p.m. ET to 3 p.m. ET. Eligible players will be able to play as many matches within the time limit.

MrBeast will also be playable in the battle royale title in two versions starting on Dec. 14. The MrBeast outfit can be purchased through the in-game shop and comes with an alt-style, pickaxe, and weapon wrap. The anime-version outfit of him, called MrBeast6000, will also be available with a back bling, pickaxe, and glider.

Fortnite has continued its collaborations with creators and other properties into Chapter 4 Season 1 and will be getting a My Hero Academia mashup later this week.