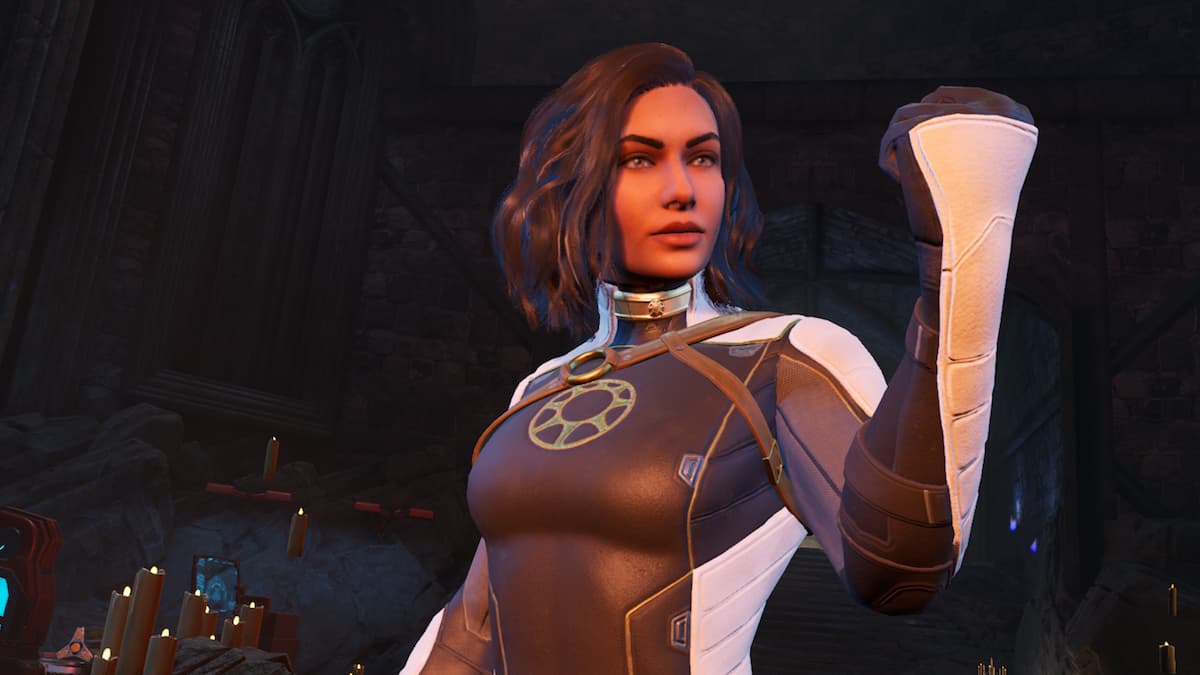 The main protagonist, Hunter, has several abilities that can knock out foes or restore allies in missions. But, besides combat skills, this character has other talents outside the battlefield, such as getting rid of vines and revealing hidden Arcane Key locations. So, if you are interested in learning about the passive abilities of the game, we’ll explain what Words of Powers is in Marvel’s Midnight Suns.

At the beginning of Marvel’s Midnight Suns, the Caretaker will tell you to pay your respects to your fallen comrade, Agatha Harkness. However, once players approach the character’s shrine, they’ll encounter the ghost of Agatha, who will tell them about the Words of Power. The Words of Power are magical incantations that can unlock new locations throughout the Abbey Grounds.

The first incantation you’ll learn is Open, a skill that can open closed doors. Fortunately, this ability is easy enough to obtain because it is a part of the main storyline, and the game will provide players with a few tips along the way.

During Agatha’s initial quest, she will lead Hunter to a Blood Gate, where you can collect a Moon Seal and participate in a fighting challenge with Charlie. After the battle, you’ll be rewarded with the Open incantation. Those who are PC users can hold the ‘spacebar’ to select this ability:

As for the other Words of Power, players must open Blood Gates with Moon Seals (the first one does not require this item.) You can acquire Moon Seals by performing various tasks, including collecting Elemental Rods and progressing further in the main narrative of Marvel’s Midnight Suns. Then, players must use these items on the Blood Gates and eliminate dark enemies with Charlie to receive a particular move.

Hunter can learn four Words of Powers: Open, Reveal, Purify, and Break. Each ability gives the character the power to clear obstacles or repair pathways, but this process will take some time since you must be at a certain level to defeat high-level enemies.

That’s everything you need to know about the Words of Power in Marvel’s Midnight Suns. While you are here, you can explore more content by looking at the relevant links below, including our guides about all trophies and achievements in the game and how to get Gloss.